Share All sharing options for: Pittsburgh Steelers win despite wearing ugliest uniforms in the history of mankind 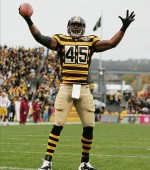 OK, maybe the headline is a tad hyperbolic since I have not seen every uniform worn by every sports team in history (I hear the ancient Assyrians had no fashion sense). But the Pittsburgh Steelers throw-up ... I mean throwback ... uniforms they wore Sunday against the Redskins were hideous (see visual evidence below).

At least one player approved. "I like them. I like the throwback, man. That bumblebee, jailhouse look from back in the day," cornerback Ike Taylor said. Casey Hampton, a nose tackle, was succinct: "Sideways stripes don't do me no good."

An online poll by ESPN found 65% hated the uniforms, last worn in 1934. The Pittsburgh Post Gazette polled fans and found only 15% approve. It's easy to see why. By the way, the Steelers beat the Redskins, 27-12, so the unis are 1-0 this century.

Photos by Charles LeClaire, US PRESSWIRE: 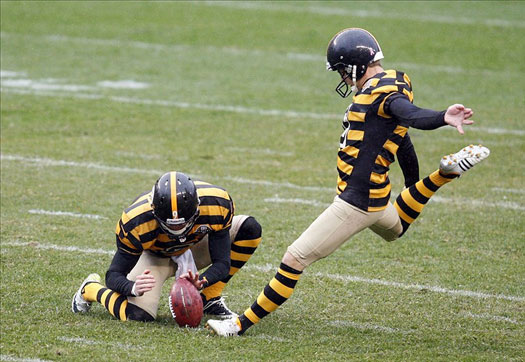 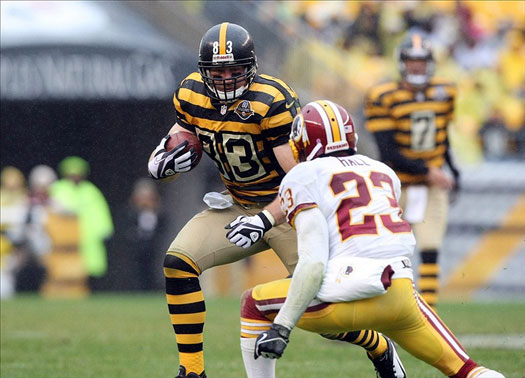 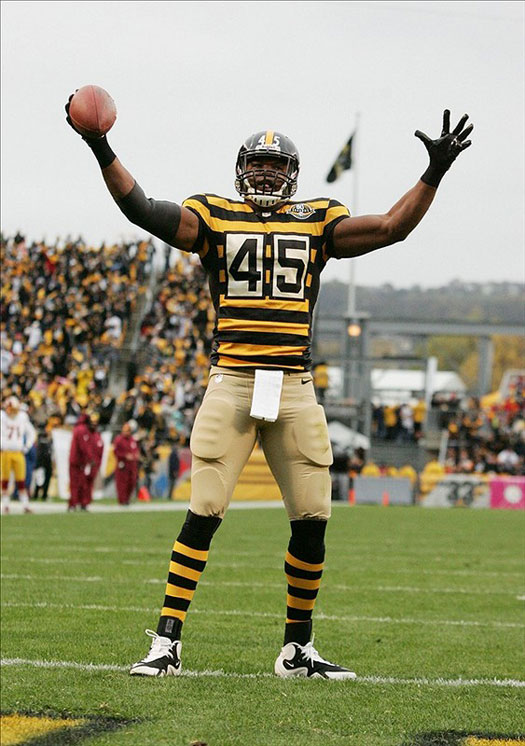