2012 Outsports Year in Review: The Rise of the Straight Ally

Share All sharing options for: 2012 Outsports Year in Review: The Rise of the Straight Ally

LGBT equality in the sports world has been two steps forward and one step back since we started Outsports.com in 1999. Jim calls it a zig-zag, never directly forward and never directly back. Whatever the analogy, 2012 offered a ton of hope and a bunch of setbacks.

While there have been some powerful coming out stories in sports this year, one overarching theme defined the LGBT movement in sports in 2012: The emergence of straight voices. While folks like Hudson Taylor and Ben Cohen have been at it for a couple years, dozens of professional athletes – including some of the biggest names in the NFL and NHL – gave interviews and recorded video PSAs in support of gay teammates and same-sex marriage this year. Robert Griffin III talked about his gay teammate in high school. Ahman Green opened up about his gay brother and lesbian sister. Dozens of NHL players used You Can Play to say they would support a gay teammate.

These are only some of the major highlights and lowlights in the world of sports over the last year:

Feb. 3 – Trying to make waves at the Super Bowl, WFAN’s Mike Francesa reported that then-Denver-Broncos-star Tim Tebow had refused an interview with Rosie O’Donnell because of her “lifestyle.” Hours later, Rosie herself reported that she had met Tebow… and tried to set him up with Jenny McCarthy.

Feb. 29 – Ohio State football coach Urban Meyer apologized for using lavender jerseys as a method to motivate his players. Many in the LGBT community were upset the coach would use a “gay” color to scare his players into better performances.

March 4 – Patrick Burke launched the You Can Play project with a spot on NBC. Since the launch, the project has highlighted the support of dozens of NHL players who would warmly welcome a gay teammate. The group has also created the Invisible Athlete Forum, which speaks at schools about issues facing LGBT athletes.

March 6 – Nebraska assistant football coach Ron Brown testified in support of LGBT discrimination before the Omaha City Council, saying God’s law should dictate Nebraska law. Brown is not a resident or employee in Omaha. The testimony lit a firestorm, which saw Brown repeat his opposition to gay people and same-sex marriage. The school distanced themselves from Brown but refused to take any action on the calls for his dismissal. Brown’s coaching style relies heavily on preaching Biblical doctrine.

May 6 – Two months before the U.S. Olympic Trials, former Stanford gymnast Josh Dixon came out publicly on Outsports. The adopted, biracial athlete made it to the 15-man finals but missed a spot on the Olympic team.

May 18 - At a NFLPA Rookie Premiere event, a dozen current and former NFL players told Outsports they would support an openly gay teammate. Some, like Ahman Green, talked about their gay family members. Robert Griffin III said publicly for the first time that he had a gay teammate in high school.

June 3 – After making crude jokes about cricket being a “gay” sport, actor Jason Alexander issued possibly the most well-written, sincere apology the LGBT community has ever received.

June 5 – Former NFL player Wade Davis came out of the closet publicly on Outsports.com. While outlets like ESPN and the New York Times had said he wasn’t a big enough name for them to carry his story, it quickly went viral. Davis was a top-trending term on Google for two days. He appeared on CNN and various other news outlets. His work with LGBT youth was highlighted extensively. And seemingly every mainstream media outlet in the nation covered the story…including the aforementioned ESPN and the New York Times.

June 11 - Houston Texan Connor Barwin talked to Outsports publicly for the first time about LGBT issues in sports and his gay brother.

June 14 – The first Nike LGBT Sports Summit was held in Portland, Ore., with leaders from across the community meeting to strategize how to end homophobia in sports by 2016. One of the key takeaways: Redefine what it means to be a champion.

July 16 – New England Patriots tight end Rob Gronkowski, along with a dozen other current and former pro athletes, told Outsports in an interview at the ESPYs that he wouldn’t care if a teammate was gay.

July 20 – Major League Soccer announced it would end its relationship with the Boy Scouts of America after only one year. No reason was given, but many suspected it was due to the BSA’s ban on gay scout leaders.

July 27 – As the Olympic Games opened, dozens of LGBT athletes and their fans prepared for the hallmark two-week spectacle. In the next 17 days, Outsports would count 23 out athletes, including one – South African archer Karen Hulzer – who came out publicly on Outsports during the Games. 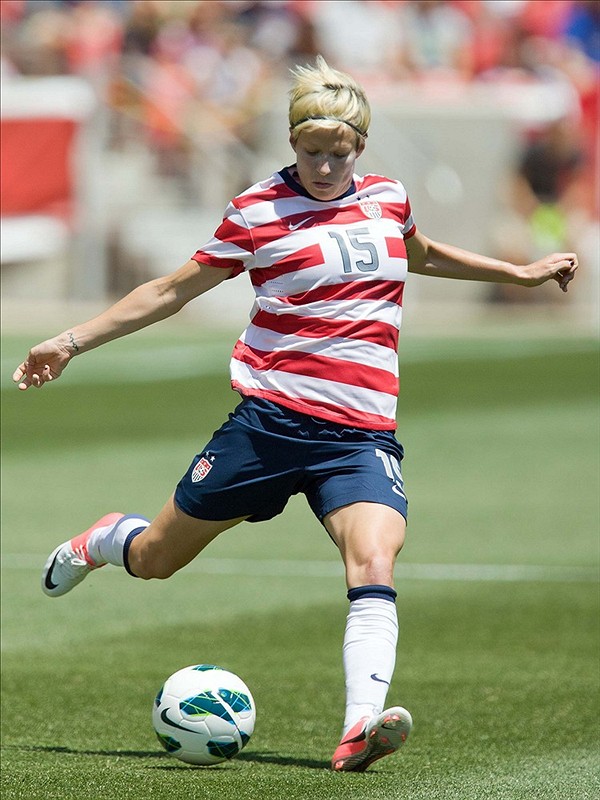 Aug. 12 – At the close of the Olympic Games, LGBT athletes had soared. Ten athletes had won medals, which would have tied Team LGBT would have tied Mexico in the medal count. Possibly the most powerful gold was that of soccer player Megan Rapinoe, whose stellar performance in the semifinals lifted Team USA over Canada.

Sept. 3 – North Dakota State College of Science football head coach Chuck Parsons kicked freshman linebacker Jamie Kuntz off his team for kissing his boyfriend during a game. The school claims the dismissal has nothing to do with Kuntz’s sexual orientation, but few have bought the bridge they’re selling. The story was covered by everyone from SB Nation to ESPN.

Sept. 15 – Toronto Blue Jays shortstop Yunel Escobar wrote the gay slur “maricon” on his eye black in a loss to the Boston Red Sox. He was suspended for three games by the team; His game checks were donated to the You Can Play project and GLAAD.

Sept. 26 – Former Pittsburgh Pirates owner Kevin McClatchy came out publicly. He talked about homophobia in the sports world and the relationship with his partner. He is the second known LGBT owner of a Major League Baseball team. 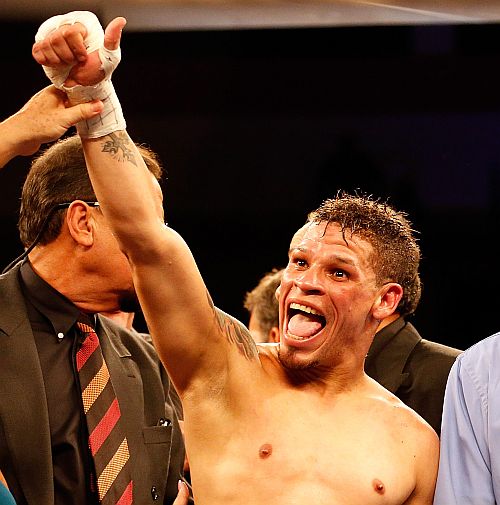 Oct. 3 – Orlando Cruz became the first big-time professional boxer to come out publicly. Several weeks later, he won his first bout as an out gay man.

Oct. 10 – New England Patriots linebacker Brandon Spikes joked on Twitter that he would scream if he found a gay man in his bathtub, calling himself “homophobic just like I’m arachnophobic.” Despite calls for action, and a pointed column by the Boston Herald’s Steve Buckley, no action was taken by the team or the NFL.

Oct. 30 - Fresh off the World Series victory by the Giants, the City of San Francisco publicly requested that commissioners of the big five pro sports leagues talk to The Last Closet and proclaim their support for gay athletes in their leagues.

Nov. 13 – Former University of Southern Maine baseball player James Nutter came out publicly on Outsports and put a face to the power of casual homophobia. Nutter had attempted suicide due to the anti-gay slurs and jokes he heard from his friends. Those same friends embraced him when he came out in November.

Nov. 19 - Virginia Commonwealth University women's volleyball coach James Finley was fired by the school's new athletic director after a successful season. Finley claims he was fired for being gay.

Nov. 21 – Cleveland Browns rookie linebacker Tank Carder called someone a “faggot” on Twitter. Both the NFL and Browns refused to take any action against him.

Dec. 4 – You Can Play announced a groundbreaking partnership with the America East Conference, bringing anti-homophobia messages to the league’s nine member schools, including Boston University and the University of New Hampshire.

Dec. 6 – ESPN 980 hosts Steve Czaban and Andy Pollin in Washington DC broadcast a deeply transphobic three-minute segment, calling college basketball player Gabrielle Ludwig “it.” The station at first refused to take action; But pressure from the community and from ESPN drove the station to suspend the duo for two days.