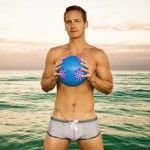 David Testo came out last year as an openly gay soccer player after leaving the Montreal Impact. He is still looking for a job and told Britain's Sky Sports he hopes the lack of interest has nothing to do with his public sexuality:

It would seem odd if Montreal cut Testo, 30, because he was openly gay, since he has said in the past that the Impact signed him in 2007 knowing he was gay. As for other teams, it would be impossible to say why he has not been signed and we can only hope homophobia has nothing to do with it.

Testo was interviewed by Sky Sports for a look at homophobia in soccer. He said he has been surprised by how many other gay soccer players have contacted him since he came out publicly.

"When I advise them I can only speak to them from my perspective," he said. "I don't urge them to come out at all unless they have that foundation and need to come out to the public. Athletes and footballers are under even more pressure. They have even bigger contracts and even bigger sponsors they have to think about."

Testo announced last week that he is on the advisory board for the new You Can Play project started by Philadelphia Flyers' scout Patrick Burke.

Sky Sports has an interesting 10-minute video on homophobia in English soccer that does not show Testo but features interviews with Ben Cohen and John Amaechi. The most distressing parts of the segment are interviews with Brighton soccer fans who say homophobic chants during games are just in "good fun" and that people need to "get over it."