Tebow playing in New York: We'll see if religion and sports do mix

Share All sharing options for: Tebow playing in New York: We'll see if religion and sports do mix 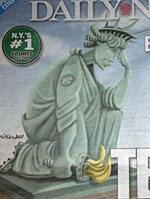 The biggest beneficiaries of the Tim Tebow trade to the New York Jets are the media, specifically the tabloids. In the two days since the trade, the New York Post has used "God him," "Halo, New York" and "Love Thy Backup" in headlines. The New York Daily News had the Statue of Liberty Tebowing (right).

The clash between Tebow's ultra-religiosity and New York's ultra-secularism has already been a big topic everywhere in the media, including social media. Expect it to be a go-to theme since the New York media never miss a chance to beat something into the ground. Even Pat Robertson got into the act, saying it would serve the Denver Broncos right if Peyton Manning got hurt after the way the team dumped Tebow.

I went on Twitter and the number of Tebow posts is amazing. In a short time, the religion theme was constant and I decided to pull some tweets where it was mentioned. 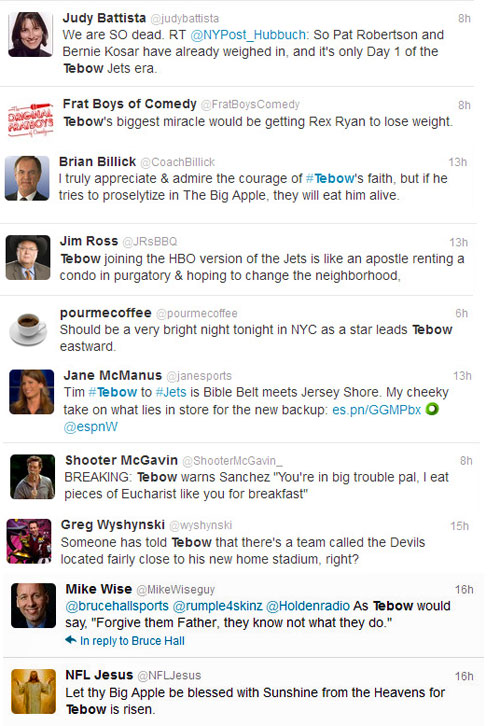