London Olympics volunteers quizzed on how to deal with gay issues

Share All sharing options for: London Olympics volunteers quizzed on how to deal with gay issues 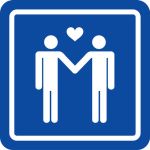 The London Olympics organizers are putting potential volunteers through diversity training in anticipation of athletes and fans from all parts of the world coming to the city. Among the questions on a quiz, helpfully provided by the London Telegraph, is this one dealing with gays:

Sexual Orientation: A spectator complains to you that there are two men holding hands sitting next to them - they feel very uncomfortable and would like you to tell the couple to stop. What do you do?

a) You tell the person to stop being a homophobic idiot and walk away.
b) You want everybody to feel comfortable and welcome at the Games, so you politely ask the couple to stop holding hands.
c) You explain that there is a huge diversity of people at the London 2012 Games, which includes gay, lesbian and bisexual couples.

One volunteer described the quiz, which also deals with issues of gender, disability and religion, to be "patronizing" and that some are deliberately choosing the wrong answer for the fun of it.