Share All sharing options for: Kentucky the top cat in college basketball after beating Kansas in final 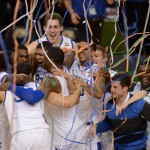 Kentucky won the NCAA men's basketball title over Kansas, 67-59, in a boring, sloppy game that capped the worst tournament I can remember. The Wildcats were just too good and Monday's result was not much in doubt despite Kansas making a bit of a late run.

This was a totally unmemorable tournament, virtually devoid of drama or buzzer-beaters. Other than two No. 15 seeds winning their first games, there were no Cinderella stories -- like Butler or VCU of recent years -- that give the event its juice. Ratings overall are down 5% from last season, though the Final Four was slightly up.

It doesn't help that with top players leaving after a season, it's hard for the casual fan to get to know the stars. For example, Kentucky might lose as many as four underclassmen. It's totally their right to leave but it makes it difficult to sustain interest in any group.

Congratulations to Rebecca for winning the Outsports NCAA pool. She correctly picked Kentucky over Kansas in the final.

With the tournament over for another season, this will be the last time we get to see some of the hotties of the sport. We ran galleries here and here but there was one Kentucky player I missed, backup Jarrod Polson, whom I noticed Monday night: 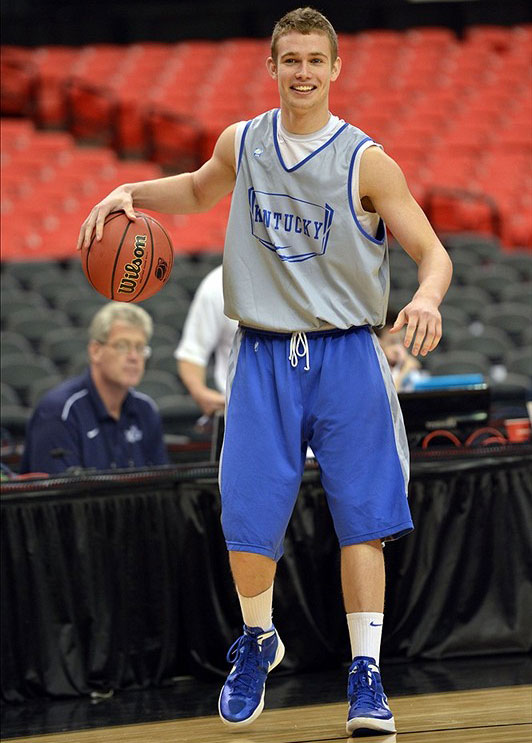