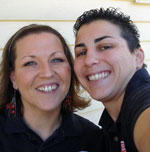 Stephany Lee had an amazing weekend in Iowa. First, she won a berth to the U.S. Olympic women's wrestling team. She then got married to her partner Brigg McDonald in Cedar Rapids, with Iowa being a state that allows gay marriage. “It was an opportune time,” Lee said in a New York Times article written by our friend John Branch.

What's great about the story is how routine it all is -- Lee thanked her "wife" in comments to reporters after winning her Olympic berth and the comment went unnoticed. The wedding took all of five minutes before McDonald's two children, a teammate and a friend. Lee, 27, has been out since high school and her parents are totally supportive. In this case, routine is progress.

She pondered whether such frankness about her sexuality would make her a sports pioneer of sorts among gays — a more influential one, of course, should she win a medal. She is considered a contender, not a favorite.

“I’m not trying to be a spokesperson for lesbians as an athlete,” Lee said. “I’m just being me. Whatever comes of it is fine.”

By just being herself, Lee is a role model since that's all we can ask of anyone. I loved her reason for getting legally married, the importance of it being sanctioned by society:

“I wear a ring, and I have been wearing a ring,” Lee said before Monday’s ceremony. “I know I want to be with her the rest of my life. This is a validation of that.” 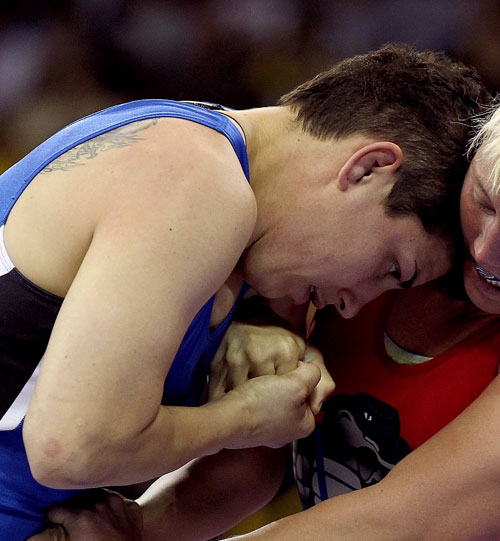