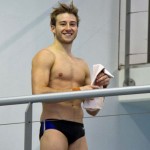 Matthew Mitcham will get a chance to defend his 10-meter platform title at the Olympics after qualifying at the Australian diving trials in Adelaide. He scored a perfect 10 from all seven judges during his fifth dive.

"It's nice to be back," said Mitcham, 24. It looks like everything I'm doing is starting to work and fall into place. All my technique is starting to sharpen up a bit and I'm starting to dive like the old me again." 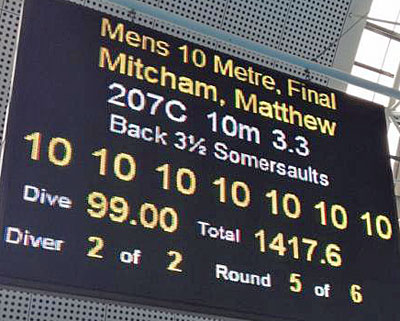 Mitcham won the gold medal at Beijing in the 10-meter platform, upsetting the heavily favored Chinese, and became an instant celebrity for being an openly gay athlete. It will be awesome to watch him in London, rooting for him to get back-to-back gold.