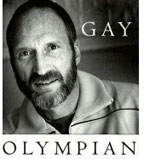 The groups that run the Gay Games and the Outgames are meeting in Montreal this weekend with a goal of organizing a unified worldwide sports and cultural event in 2018. This would end a schism that began in 2003 and it's about time.

There have been Outgames in 2006 (Montreal) and 2009 (Copenhagen), with the 2013 event set for Antwerp, Belgium. At the same time, the Gay Games were held in their usual slots in 2006 (Chicago) and 2010 (Cologne), with Gay Games IX set for Cleveland in 2014. I loved both the 2009 Outgames and the 2010 Gay Games, but it was becoming harder to sell LGBT athletes on the need for two such events so close together, especially considering how expensive they are to attend.

If these two groups are smart, they will call the joint event the Gay Games, since that has the history and brand recognition. There will also be a cultural and human rights event at the same time.

Given past animosity on both sides, there's a chance they could screw this up and not reach an agreement. But this is promising news and shows that the interests of the athletes and sports groups might once again be paramount and people won't be forced to pick sides.

Here is the release that has been issued about this weekend's meeting:

The Boards of the Gay and Lesbian International Sport Association (GLISA International) and the Federation of Gay Games (FGG) announce an important step towards the creation of a joint quadrennial Sport, Culture and Human Rights event (1QE) in 2018.

The FGG will be represented by board members Dennis Sneyers (USA), Shamey Cramer (USA) and Klaus Heusslein (Italy). GLISA International will be represented by Julia Applegate (USA), Wessel van Kampen (the Netherlands), Nelson Lee (USA) and Daniel Vaudrin (Canada). Both Boards and their legal advisors will be on standby during the weekend to provide feedback and make decisions.

The LGBTQI community has asked both organizations to work together so that there will be one quadrennial event. In response, representatives of both organizations have worked hard over the last two years to create a Memorandum of Understanding agreement for the 1QE. While an agreement has been reached on many issues, the negotiations have been difficult and the two sides thus far have been unable to reach a full agreement.

The Montreal meeting will be the final attempt by both organizations to reach an agreement for 1QE in 2018. Since the deadline for initiating the site selection process for the 2018 host is nearing, the objective of this meeting will be to reach a full agreement on the MOU between the FGG and GLISA International by May 6. Once the MOU is agreed upon, a Request for Proposal (RFP) document will be issued. This will initiate an open and transparent process to select the host for the 1QE in 2018.