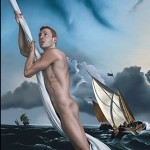 With the Olympics in London this summer, it's only fitting that portraits and photos of gold medal diver Matthew Mitcham will be featured as part of an exhibit in the city for Australian artist Ross Watson. As part of the run-up to the Sept. 25 exhibit opening, actor Sir Ian McKellen has signed a print that shows a nude Mitcham in a scene modeled after "The Storm Sun" by 17th century artist Willem van de Velde II.

The print, one of several done by Watson of Mitcham, will be used by Stonewall UK as a fundraising gift. Mitcham has also been the subject of many photographs taken by the artist.

An unsigned Mitcham in the "Storm Sun" goes for between $660 and $1,390, and a McKellen signature would greatly increase that. Mitcham will be in London trying to win his second gold medal, following his stunning 2008 win in the men's 10-meter platform. 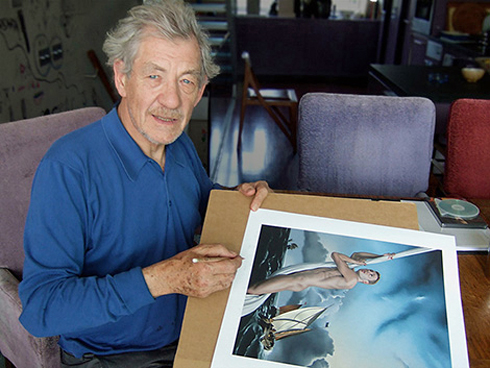