Share All sharing options for: Gays and sports bring religious zealots to Outsports 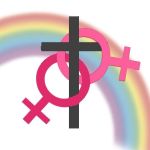 Visitors to Outsports recently may have thought they had stumbled across the Focus on the Family website by accident, given all the comments by anti-gay religious zealots. I expect this whenever we write about Tim Tebow -- he has a passionate fundamentalist fan base, which takes umbrage to anything negative written about him, even if it's simply wondering whether he is gay.

But I wasn't expecting the Bible-thumpers to come out in force over a story about NFL running back Ahman Green having a gay brother and lesbian sister. There was nothing in the article about religion, yet the majority of comments are about what's in or what's not in the Bible about homosexuality.

"Do you think God wants us to not tell others what He says about a particular sin?" read one comment. "It is the duty of Christians to love the sinner by showing him his error." This "the Bible is the word of God" type got strangely silent when it was pointed out all the things the book once endorsed, such as slavery and killing children who curse their parents. His lame rejoinder was that he was an "imperfect Christian." Translated, that means the Bible is 100% right about homosexuality being an "abomination," but he will conveniently ignore all the other stuff written 2,000 years ago that is no longer acceptable.

Equally strange was the religious bent the comments took after a story that urged the International Olympic Committee to ban countries who criminalize homosexuality from the Olympics. There was nothing in the story about religion, but that didn't stop someone calling himself "Rev. Donald Spitz" from writing: "Homosexuality should be criminalized. Homosexuals commit crimes against God, against nature, against the Holy Bible and against the human race." Ugh, here we go again.

It usually takes just one anti-gay religious bigot to get the ball rolling. Our readers see Outsports as a safe haven and don't take kindly to people coming on and telling us we're all going to hell. There is something about true believers who think they can sway you to their side by quoting Scripture, since to them that's the be-all and end-all of their belief system. They have no problem coming on a gay website hoping to make converts; I don't see the reverse happening (it's not worth the effort). It's also noteworthy that these are always Christians who post these kinds of comments, never anyone from another faith.

An article on the anti-same sex marriage comments by boxer Manny Pacquiao brought the fundies out in full force once it was linked by several Filipino websites (Pacquiao is a hero in his native Philippines). This led to some rather humorous comments, such as the one that said marriage was "trademarked," and another that went: "If you are born with male organs, that means you act like a man. ... Read your Bible folks… look at what happened to Sodom and Gomora…. If you don’t wanna be roasted in hell, stop that gay disease feeling before it’s too late!!!"

At least the Pacquiao article dealt in part with religion, as did our numerous stories about Nebraska assistant football coach Ron Brown and his crusade against gay rights based on his interpretation of the Bible. In the Brown case, religion was central to the story.

What was most surprising, though, was the reaction to the story that said Brown must support slavery because that is the case in both the Old and New Testament. There was not a single comment by a religious fundamentalist, probably because they would have to tie themselves in knots explaining why the Bible is right on hating gays, but wrong on endorsing slavery. Logic doesn't work well with these people, but at least they are supporting Outsports by giving us page views.