Share All sharing options for: Wrestler, former football player Akil Patterson gets engaged to a man 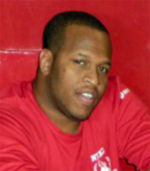 One of Outsports' favorites, Greco Roman wrestler and former University of Maryland football player Akil Patterson, popped the question to his partner Louis Billings this weekend. He said yes. The proposal was made via Facebook, as Patterson relates:

We had been in the car visiting his hometown (San Diego). We stopped at a church first, since I had to light a candle because I was so nervous. Afterwards, I said, 'You should check your Facebook.' [He checked and] then looked at me and said yes.

The couple live in Maryland and plan on marrying in the state this November following a referendum on same-sex marriage. The Maryland legislature passed a gay marriage bill and it was signed by the governor, but opponents are gathering signatures for a ballot initiative to overturn it. The most recent poll shows that 57% in the state would vote to uphold same-sex marriage, with 37% opposed, but the election is still five months away. Endorsements of gay marriage by President Obama, former Secy. of State Colin Powell and the NAACP have helped the issue gain support in Maryland's large and influential black voting bloc.

Patterson first came out in an Outsports story in 2010 where he told of how struggling with his sexual orientation led him to excessive drinking and drug use. Now accepting, he is an advocate for gay rights, targeting at-risk youth. He did a video for the It Gets Better project touting his success and works as an addiction counselor. Billings is a psychiatric nurse at Walter Reed National Military Medical Center, helping veterans cope with Post-Traumatic Stress Disorder.

Patterson is still competing as an elite Greco Roman wrestler and plans to make one more attempt to make the Olympics in 2016. He said Billings "is more than willing to be supportive of my dream and understands the demands of my sport after talking to my head coach's wife."

Marriage is such a powerful symbol and this shows how far Patterson has come from the younger man who once self-medicated to ease the pain. Best wishes to Akil and Louis. 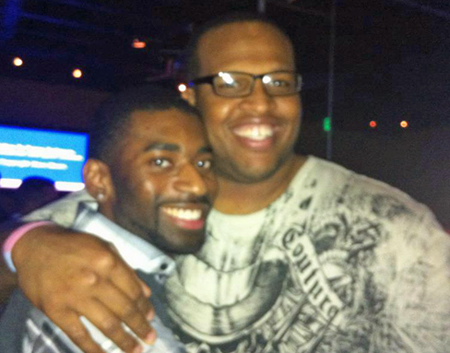