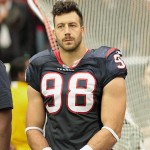 President Obama's support for same-sex marriage was big news today, and it did not go unnoticed by Houston Texans linebacker Connor Barwin. The NFL player issued a cool series of tweets in support of the decision, saying, "Those of us with gay relatives and friends understand how meaningful and positive this is!"

We last wrote about Barwin when a teammate jokingly tweeted that he had worn the "sluttiest uniform ever." What Barwin tweeted today was not as fun, but much more meaningful: 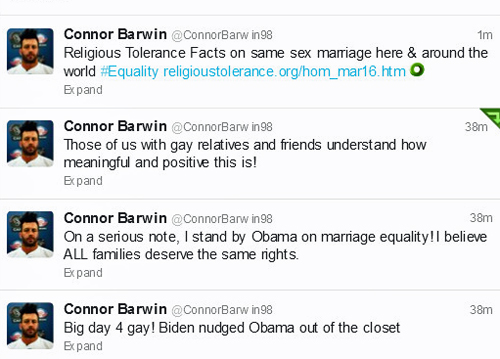 As an Indianapolis Colts fan, I am legally forbidden from rooting for the Texans, but Barwin has quickly rocketed to the top of the list of awesome NFL players, so I wish him nothing but the best.

Update: Not to be outdone, Barwin's Texans teammate Shaun Cody had this awesome tweet: