Check out this great poster against homophobia in soccer

Share All sharing options for: Check out this great poster against homophobia in soccer 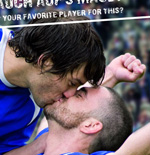 With Euro 2012 dominating the soccer world for the month, and against the backdrop of gays being warned against being open in Ukraine, one of the host countries, we find a poster from a German group that asks fans to consider homophobia.

"Would you also beat up your favorite player for this?" asks Maneo, on a poster against violence and insults. It uses this provocative image to make its point: 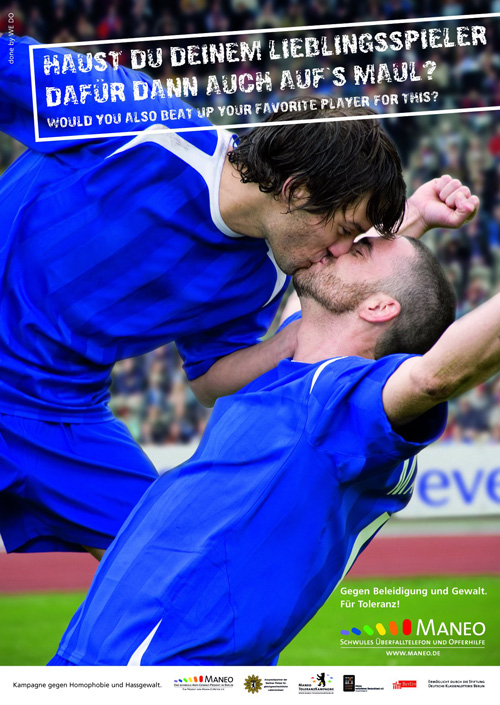 I can't find specific information on when the poster was made, but I first saw this on Facebook and it has 1,700 likes and 500 shares, so it is having an impact.

Update: In the comments below, a reader from Austria (who reads German better than me), notes that this poster first appeared in Germany in 2006 as that country hosted the World Cup. Six years later, it is still appropriate.