Share All sharing options for: Leigh Steinberg welcomes tolerance for gay athletes - and an apology to Steinberg 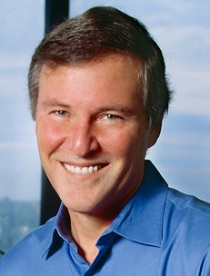 Sometimes we at Outsports get it wrong. I certainly do. And when I'm wrong, I've gotta admit it and apologize. Yesterday I wrote a post about Leigh Steinberg. The uber-sports-agent had written a thoughtful column about the shifting tide in sports, and how gay athletes were rightly becoming more accepted. Instead of focusing on the positive that was in his column, for some reason I decided to focus on what wasn't in his piece. That was unfair to Steinberg and a mistake on my part.

The fact is, sports have changed in regards to LGBT athletes, and Steinberg's perspective has changed along with it. I've long felt the biggest hurdle to pro athletes coming out is the agents. Years ago, Steinberg made comments backing that up. What I failed to see was the progress he showed in his column.

I'm leaving the piece I wrote here, but with the acknowledgement that it simply wasn't a fair piece; And Steinberg argues in a comment below that it wasn't accurate, either.

To Mr. Steinberg, my apology for not treating your words fairly. And thank you for writing what you wrote and for caring enough to set the record straight.

Super sports agent Leigh Steinberg does not have a good track record with gay issues. He has said he would encourage his clients to stay in the closet, and he was a huge impetus for the University of Hawaii dropping "Rainbow" from their "Rainbow Warriors" nickname because it sounded gay. He long represented two NFL players -- Troy Aikman and Steve Young -- about whom gay rumors have persisted for years.

Now Steinberg weighs in with a column seemingly reiterating his continued support for athletes staying in the closet. He says he welcomes tolerance for people, and that showing tolerance is an opportunity for athletes.

Team sport athletes seem much less judgmental than in years past. There are large numbers of born-again Christians who may have religious reservations, but they may be able to separate that from respect for a teammate. The NFL operates in many ways like an army without the risk of mortality. They train together, bleed together and watch each other's backs. The real test of acceptance of a teammate is reliability and courage under pressure, that is what earns respect in team sports. If a player gives the team a better chance to win, respect is earned notwithstanding private orientation.

But he clearly does not say an athlete "could" or "should" come out publicly. He didn't say he actually wanted an athlete to come out. He talked about how it would give gay teenagers a role model, but he didn't say he wanted that.

Sure, he says "I love sports because it teaches values like self-respect, self-discipline, teamwork and resilience. Adding tolerance to that list only enhances the character building opportunities for athletes." But he didn't mention self-expression. It's too bad. Somebody like Steinberg openly supporting out athletes and asking that they come forward could go a long way. Instead, his column shows just how far we still have to go.