Olympic sports, from elitist and effete to silly and sissy

Share All sharing options for: Olympic sports, from elitist and effete to silly and sissy 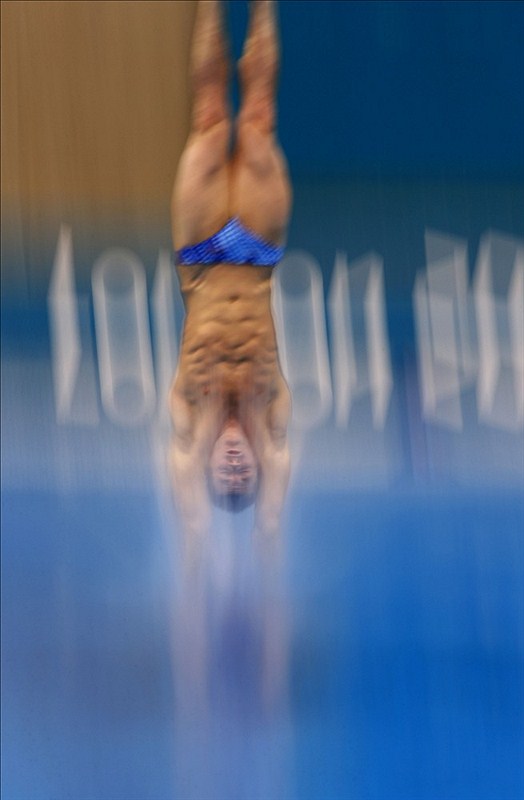 The London Olympics are over, but attitudes still linger in the air. As usual, the U.S. thumps itself on the back, congratulating ourselves on a mighty haul of medals – 104. Many Americans take this as proof that we are better than everybody else – especially the Chinese, who were second with 88 medals. Sports Illustrated crowed that the medal count is “the more immediate barometer for international sporting preeminence.”

For weeks now, sprinkled through the Summer Games rhetoric, four typical words can be heard. “Elitist” refers to the high cost of certain sports like sailing and equestrian but also to the perceived cultural ethos of certain sports. Some editors, from Esquire to the blogosphere, put together their lists of sports they regard as “silly” and “sissy.” Also in the mix is that barbed word “effete.”

While covering the Games for Outsports and SB Nation, I heard enough of this rhetoric that I decided to investigate how much the “elitist/effete/silly/sissy” sports had contributed to that “preeminent” medal count. This involved dragnetting Google to verify the persistent sports usage of “elitist,” “effete,” “sissy” and “silly.” I also found rich pickin’s in Yahoo Answers, which has a whole section on “why is tennis considered a sissy/gay sport?” “Why do people think volleyball is a sissy sport?” etc. etc.

For convenience, I lump the four words into an acronym EESS.

Taking potshots at sports you despise almost qualifies as a sport in its own right. The aim is to distinguish “real sport” played by “real (meaning heterosexual) men” from sports perceived to be played by women and homosexual men. “Real sports” are also based on competition, rather than on judging based on technical and artistic merit. “Artistic,” especially, conjures up the horrible specter of sexual bohemianism. There must be as much physical effort and contact as possible. Minor bloodshed is always nice.

But the re-defining goes even further. Even performance sports that are based on winning through dexterity and finesse, like golf, rather than winning by shock and awe of extreme contact, are not viewed as “real sport.” Indeed, soccer – which should be considered an acceptable performance sport by every standard of the anti-EESS crowd, is deemed “sissy” by some.

“Elitist” and “effete” are often paired in a sneering manner. A request to Google on this pair comes up with 283,000 citations, including the popular variant “elitist effete intellectual.” This phrase has its primordial roots in American politics and transmogrifies into a more contemporary “Effete Elite Urban Metrosexual Liberal,” as at American Digest recently. But EE easily expands from politics to sports. The Seattle Times nailed it with this comment: “If windsurfing was an effete and elite sport when (2004 Democratic presidential candidate) John Kerry did it — then what's a prissy horse prancing sideways with a rider in top hat and tails?”

In dictionaries, definitions of “elitist” stretch way beyond financial means, into profiling upper-class as snobbish, uppity, etc. “Effete” has its own stretch, as in Merriam-Webster, which says that the word runs from “marked by weakness or decadence,” to “effeminate.” In the rugged attitude towards sports, it’s an easy stretch from “effete” to “sissy,” “girly,” “wimpy,” “limp-wristed” and just plain “gay.” “Silly,” as in the many lists of “silly sports” that I found, becomes a euphemism for “effete” and “sissy.”

Perhaps Olympics founder Baron Coubertin hoped fondly that world sport celebration would bring these two demographics together in agreement somehow. Today some EESS sports, like diving and beach volleyball, are actually popular with Olympics TV watchers. But the two opposing viewpoints haven't melded – as we can see today.

Now for some analysis of the list of 104 medals during the Summer Games. It’s illuminating to see how EESS contributed to the U.S.’s demonstration of “superiority.”

More than half of America’s medals —60 in all, 31 in swimming, 29 in track and field—came from those two sport groups alone. Indeed, as Cyd Zeigler has pointed out, medals are easily piled up in these two areas, because of event proliferation. A swimming talent like Michael Phelps needs a wheelbarrow to haul away his medals in a single Olympics. Whereas a boxer or marathoner, no matter how great they are, can only walk away with one medal. At any rate, swimming and athletics are all safely non-EESS.

Among the track and field medals, most eagerly counted were the two in men’s decathlon -- Ashton Eaton’s gold and Trey Hardee’s silver. Since the 1904 Olympics, when it was introduced, the decathlon has been trumpeted as the “world’s greatest athlete,” the laurel of a “man’s man.” Beyond that 60, a few other sports in which the U.S. medaled are safely non-EESS -- like basketball, boxing and taekwondo.

However, the media and the blogosphere veer wide to avoid mentioning this fact: many of the remaining 44 U.S. medals were won in sports that are flagrantly dismissed as EESS. To wit:

1. David Boudia’s gold in diving. Anything “artistic” is suspect, especially when men have to point their toes.

2. The U.S. women’s soccer gold. Despite its growing popularity in the U.S., soccer is still commonly villified as “sissy.” Indeed, the U.S. men’s failure to win soccer gold in London, or even make the competition, surely “proves” to the anti-EESS contingent that Americans become less “manly” when they play the Beautiful Game.

3. U.S. gold in women’s beach volleyball, vilified by anti-elitists as “a sport dominated by women.”

5. All four men’s and women’s medals in tennis, including Serena Williams’ gold. The anti-elitist animosity against tennis is old -- General Dwight Eisenhower once dismissed it as a “women’s game.”

7. The golds in men’s and women’s skeet shooting.

10. The two golds in men’s wrestling. A sport that is technically rugged but makes conservatives’ hair stand on end because the contact is suggestive of men having rough sex with each other.

11. The women’s gold and men’s bronze in judo, which Godlike Productions.com pronounces to be another one with “dudes feeling each other up”

That’s 17 EESS medals right there. We beat the Chinese by just 16 medals. Isn’t it a bit much that the anti-EESS crowd preen themselves about the 104 medals… then turn around and diss some of the sports that gave us the medals?

The Olympics, meanwhile, have no fear about marching deeper into EESS territory. Golf, already designated as EESS, will be joining the Summer Games in 2016. According to John McEnroe, “Golf is not a sport – it’s an artistic exercise like ballet.”

How amusing that this was said by a practitioner of tennis, another EESS sport.