School offers weak excuses for dismissing Jamie Kuntz, takes no action against others.

Share All sharing options for: School offers weak excuses for dismissing Jamie Kuntz, takes no action against others. 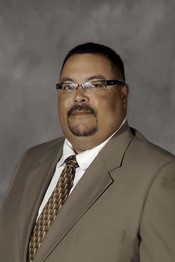 North Dakota State College of Science last week dismissed football player Jamie Kuntz from the school’s team because he kissed his boyfriend. The reasons given to Jamie were that he 1) was a distraction to the team and 2) he lied about kissing his boyfriend. While Kuntz was kicked off the team for these actions, no disciplinary action has been taken against school staff who have done exactly the same thing.

In kicking Kuntz off his team, head coach Chuck Parsons has created a distraction like his team has never seen. Parsons could have easily suspended the player for a game, and that would have been the end of the incident. Instead, Parsons took the extreme measure of removing the player. Now the national media, from Outsports and SB Nation to ESPN and Yahoo! are talking about the school in a negative light. Hundreds, if not thousands, of emails and phone calls are flooding the school.

Why has Parsons not been fired from the team for causing a distraction of epic proportions? Because he didn’t kiss his boyfriend in public.

When Dan Savage contacted the school for comment last week, Barbara Spaeth-Baum, Director of College Relations and Marketing for NDSCS, told him, “we are not allowed to comment about anything regarding that person because that person is not a student of ours any longer. There’s almost nothing we can say.” She specifically said athletic director Stu Engen was barred from speaking on the issue.

Yet that was all a big, fat lie. The school has promoted an interview Engen did this week talking specifically about this issue. School president John Richman sent an email to the entire student body and has also done at least one media interview, all slamming Kuntz.

Why has Spaeth-Baum not been fired for lying to the press? Because she didn’t kiss her girlfriend in public.

The president says over and over again that Jamie wasn’t kicked off the football team because he’s gay. And I’m sure that’s technically true. It wasn’t because he’s gay, it’s because he acted on it. But this thinking follows the Christian doctrine gay people have been victims of for generations: Love the sinner, hate the sin.

If Jamie had been a good gay kid, keeping his sexual orientation to himself or quietly going about his business, there would be no problem. If he recorded sacks, studied in class and kept that part of himself silent, everyone would adore him.

Instead, he acted on his homosexuality in a public place. It was a badly conceived coming out to the team but one that didn’t deserve dismissal under any circumstances.

The revealing fact is that, despite a four-point attack on Jamie, the school simply won’t speak about the specific actions he took that lead to his removal. They make accusations about “decisions” and “actions,” yet they don’t lay out what specifically those decisions and actions are. Why? Because they refer only to his decision to kiss his boyfriend in public, and the act of doing so.

How accurate is school president Richman’s four-point attack against Kuntz? It’s a mixed bag at best.

1) “This young man made decisions that did not comply with what he was supposed to be doing at the time”
Is this true? Partially. Jamie doesn’t dispute this. He made a mistake socializing with his boyfriend while taping the game. However, he did in fact still do the job – No one has said he hasn’t. And no one has said he didn’t do a good job. It’s entirely possible his actions didn’t interfere with the job he was supposed to be doing. A few kisses between plays hardly prevents someone from video recording the plays (which Kuntz did voluntarily).

2) “[Kuntz] very purposefully became a distraction to the other students, in this case our football team.”
Is this true? No. The key word here is purposefully. The President is saying Jamie intended to distract the team. He cannot make this claim, and Jamie says he did NOT “purposefully” create a distraction.

3) “He chose to lie about it when confronted about the distraction”
Is this true? Yes. He did first lie about it. He later told the truth about it. We can understand why, given there are no legal protections for LGBT people in North Dakota. I can’t say I wouldn’t have lied in the same situation. Chances are the president, as a 19-year-old football player, would have lied too. But this statement by the president is true.

4) “He is apparently choosing not to accept and be accountable for those actions, and wants to claim other reasons why he was dismissed from the team.”
Is this true? No. First, citing this as a reason for his dismissal is absurd. The president here refers to actions by Jamie AFTER his dismissal. So how on earth could the actions AFTER his dismissal be reasons FOR his dismissal? It’s also completely untrue. Jamie has chosen to be accountable for his actions. He said from the first moment that he made mistakes kissing his boyfriend and also lying about it.

It seems to me, if this was just based on the president’s rationalizations, that Jamie is exactly the type of person they would want at the school.

Richman complains that "the media" portrays the school as homophobic. No, it's the football coach and the athletic department that look bad, not the school.

But the real truth is that the head coach did not want Jamie on the team because he was kissing a man. The good-ol’-boy network can handle a guy kissing a girl in the press box. “Oh son, that’s boys bein’ boys. We understand. I’m gonna have to slap you on the wrist here, but don’t let me catch ya doin’ it again, you old so-and-so.” Kissing a man? Not sure quite what to do with that one…let’s just get rid of him.

One of the values we hold so dear in the United States is the ability for all of us to redeem ourselves for mistakes we’ve made. But the school had no interest in affording Jamie that ability. For kissing his boyfriend during a game, his career at NDSCS was given the death sentence.