Share All sharing options for: Chris Kluwe was not "excessively fondled" at Minnesota gay marriage fundraiser 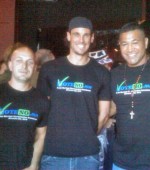 Minnesota Vikings punter Chris Kluwe has a beautiful column at Twincities.com about what gay marriage means to him as a father. Kluwe, whom we've written about extensively for his support of gay rights, appeared at a Minneapolis fundraiser on Friday along with former NFL player Esera Tuaolo to help fight a ballot initiative that would prohibit gay marriage in the state.

Kluwe started his column on a humorous vein before writing from the heart as a parent.

Gay people are exactly the same as straight people. They laughed, they yelled, they congratulated me on the Vikings winning, they told me they rooted for the Saints, they spilled beer on the floor and apologized for doing so.

They asked for autographs, shook my hand, posed for pictures, and introduced me to their significant others. They talked about how excited they were for the Vikings season this year, how long they’ve been season ticket holders, and if I thought that Ponder kid was going to be any good (I said yes). At no point was I excessively fondled and at no time did a bacchanal riot threaten the chastity of my pant fasteners. In short, it was American citizens doing American activities in a quintessentially American way.

One moment at the event really hit home for Kluwe, married and the father of two young daughters:

One conversation I had that will stick with me for the rest of my life involved a local high school teacher/coach. He walked up, introduced himself, shook my hand and said these exact words: “I want to thank you for speaking up. What you did will save children’s lives.”

This really hit me, in a primal way I was not expecting. A man who interacts with our youth every day, who sees their struggles, and their triumphs, and their failures, told me that my words meant a child might find hope for the future instead of despair, might dare to believe he or she could be accepted for who they are, not what someone else said they should be.

Kluwe expounds on this, so read the whole piece and you will get an appreciation for what a wonderful, caring, thoughtful and articulate person he is. 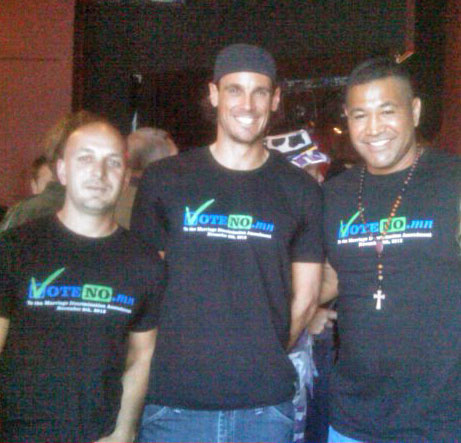