Matthew Mitcham's autobiography to be published in December

Share All sharing options for: Matthew Mitcham's autobiography to be published in December 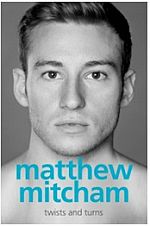 Australian diver Matthew Mitcham was asked by a fan on Twitter what his upcoming autobiography "Twists and Turns" will be about. His answer? "Hellooo!?! All about me darling! Content seems fiction, but is not. My life be craaaay."

Mitcham's book, published by HarperCollins Australia in December, will look at the life of the diver who catapulted to fame after winning the gold medal in men's platform at the 2008 Beijing Olympics. Mitcham had come out as openly gay just must earlier.

"People kept remarking on how they were surprised that a gold medal and fame hadn't changed me," Mitcham writes in a blurb for the book. I always responded, 'Why would I change? Being me is the easiest person to be.' I was lying. It wasn't.

The book promises a look at the "crippling self doubt" and depression that forced him into a premature retirement where he was circus diving to make money. The book will detail how the self-doubt reemerged this year when an abdominal injury affected his preparation for the London Games. Mitcham was eliminated in the Round of 16 and did not have a chance to medal.

Mitcham and his partner, Lachlan Fletcher, celebrated with he called their sixth "manniversary" in August. He has always been engaging and honest and if the book reflects these traits, it will be a great read.