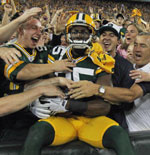 Greg Jennings, wide receiver for the Green Bay Packers, says the tradition of players jumping into the stands after a touchdown -- the "Lambeau Leap -- has its downsides. As he told Erik Kuselias of NBC Sports Radio:

“I try to go away from the men because the men get a little grabby,” Jennings said. “The women get grabby too but them men it’s like come on, really, seriously? I’m another guy.”

Dudes grabbing other dudes? How weird? About as weird as players patting each other on the butt and hugging. We can't have that.

What does Jennings expect? He throws himself into a cheering crowd of delirious and often drunk fans. Grabbing is an occupational hazard and he should celebrate it, not diss it.

Here are shots of Packers doing the Lambeau Leap with fans: 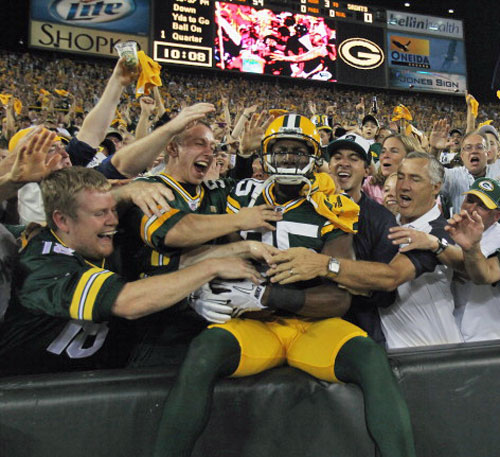 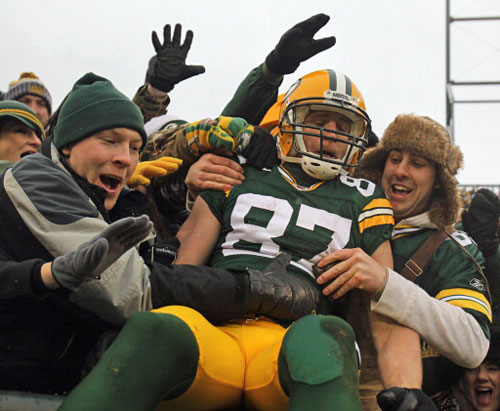 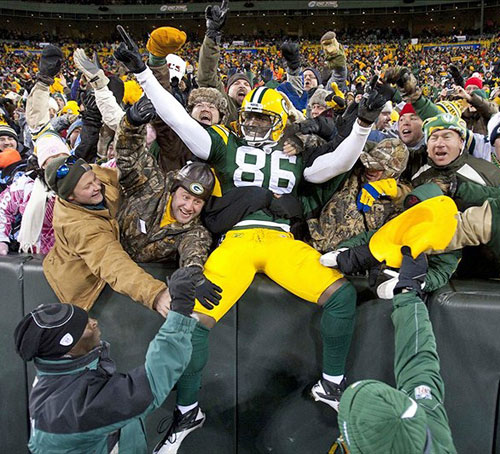