Several athletes named to Out 100

Robbie Rogers, Brittney Griner, Cason Crane and others recognized by Out magazine for their contributions to 2013

Share All sharing options for: Several athletes named to Out 100

Out magazine has released the names of its always highly anticipated Out 100, and we're thrilled to see so many LGBT people in sports listed. Out MLS soccer player Robbie Rogers leads the list, complete with shirtless shot that's sure to get some attention. Other LGBT sports folks included:

That's the most people from the sports world the list has ever included, and it says a lot about where sports is now in the LGBT community. Just 10 years ago, it was hard getting more than one athlete on this list; Now, athletes and others in sports are staples of the list. It's progress not just in the sports world, but also in the LGBT community. 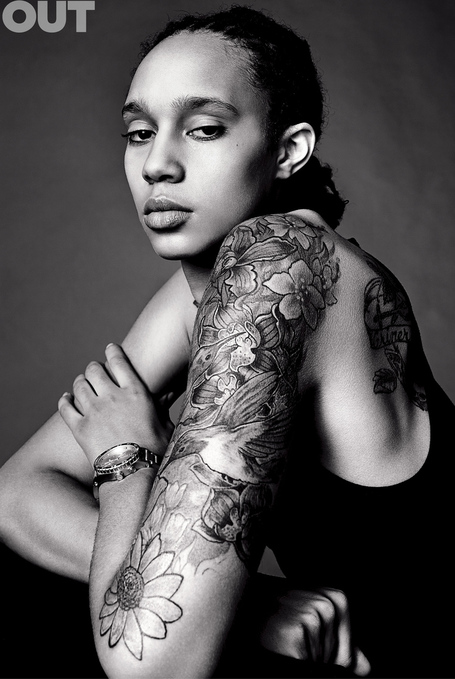 Brittney Griner, for Out 100, by Danielle Levitt