Gay baseball player at MIT comes out to his team

Share All sharing options for: Gay baseball player at MIT comes out to his team 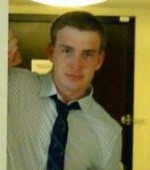 Sean Karson is the third-baseman for MIT's baseball team. He hit .350 as a sophomore last season and is co-captain of this year's team. A chemistry and computer science major, Karson spent Super Bowl weekend at Facebook headquarters in California as part of a conference of LGBT tech students. He already has a tech startup that he hopes will hit it big.

Two days after leaving the Facebook conference, Karson faced a challenge that no textbook could prepare him for -- he came out to his team. As recounted in a wonderful story by our friend Steve Buckley at the Boston Herald, Karson took a chance and hit it out of the park.

Karson took a deep breath, and told his coaches and teammates that he’s gay.

“They came up and gave me high fives and said they’d have my back and everything,” he said. “It was so supportive, it was ridiculous.” ...

So deeply emotional was Karson’s decision to come out that later that night, during an interview at his MIT dorm, he was still welling up with tears.

“I barely held it together,” he said. “I was probably not the most coherent person when I was giving that speech, but that was the third time I cried in the past week. And this is the fourth, I guess.” 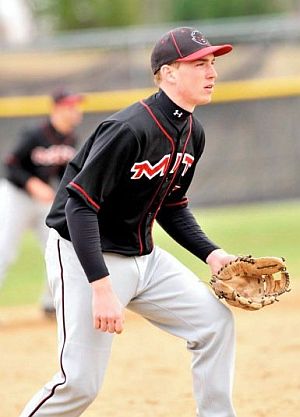 Karson's story is a familiar one, yet still important because of its universality. Such as telling Buckley how being closeted kept his emotions bottled up:

“I have never been myself up until very recently,” he said. “Everything’s been just sort of cold and calculated. I’ve been in this fortress, I guess, and haven’t let my emotions out at all."

After barely sleeping for four days, Karson slept soundly for eight hours the night Buckley's story appeared, the weight having been lifted.

I know some people will think that coming out at MIT is no big deal since he's in liberal Boston etc. etc. But these coming out stories are important since they put in the public another athlete who has struggled with coming out and finally had the courage and support to take the plunge. And the world did not spin off its axis.

Karson was inspired to coming out after reading the story of another gay college baseball player, James Nutter, so these things have a domino effect. What's most important for Karson is that he can live his life as a fully realized out gay man and get to play sports on a team that embraces him. This is always a story worth telling.