File this under the dumbest thing you'll hear today: A Russian wrestling coach is blaming gays for the decision by the International Olympic Committee to drop wrestling from the Olympics in 2020.

“If they expel wrestling now, that means that gays will soon run the whole world,” coach Vladimir Uruimagov said, calling the decision “a blow to masculine origins.”

He added: “It turns out this committee is headed by representative of these minorities," clarifying that he meant sexual minorities.

Uruimagov coached a Greco-Roman gold medalist in 2012. He apparently has never heard of the Gay Games, where wrestling is a core sport. The Federation of Gay Games Officer for Sport Sébastien Datiche decried the IOC's decision:

"Wrestling has been a significant event at every edition of the Olympics, both Ancient and Modern. This is also true for the Gay Games, where Wrestling has been on the program every four years since the very first Games in 1982. Wrestling at the Gay Games has been a force for innovation, introducing women's wrestling in international competition well before the Olympics, and adapting weight classes to allow more competitive opportunities for both men and women wrestlers. It's a sport that is accessible to athletes of all financial status, requiring minimal equipment. The elimination of wrestling from the Olympics is a blow to a great tradition and an outstanding sport."

Finally, the idea that gays would want to eliminate a sport where well-developed men compete in tight singlets is laughable. Exhibit A: 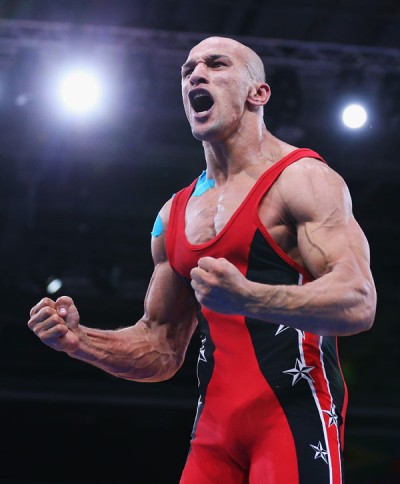