Tim Tebow to speak at anti-gay megachurch in Dallas

Share All sharing options for: Tim Tebow to speak at anti-gay megachurch in Dallas 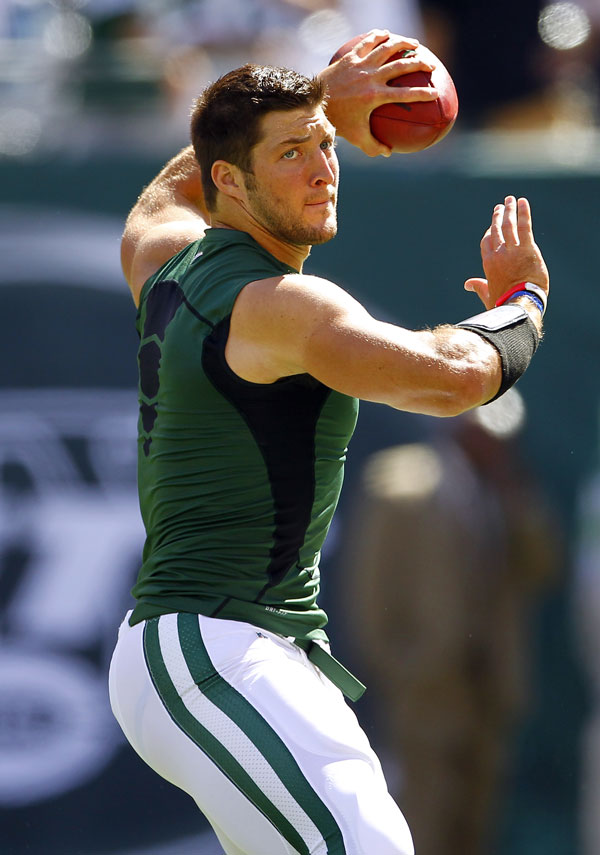 He may have been a bust with the New York Jets, but that isn't stopping Tim Tebow from praising God and rubbing elbows with virulently anti-gay pastors. The latest is Tebow's scheduled "morning worship" on April 28 at the First Baptist Church of Dallas. The pastor there is Robert Jeffress, who has a history of vilifying gay people and attacking the gay community. According to Right Wing Watch:

The megachurch pastor reserves some of his most stringent rhetoric for gays and lesbians.

He has described gays and lesbians as “perverse,” “miserable” and “abnormal” people who engage in an “unnatural” and “filthy practice” that will lead to the “implosion of our country.” Jeffress argues that the gay community employs Chinese “brainwashing techniques” in order to have homosexuality “crammed down our throats.”