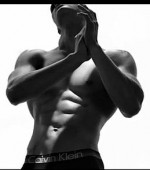 The hottest part of the Super Bowl

Baltimore Ravens 34, San Francisco 49ers 31. Wow, that was a fun and weird Super Bowl (or as Ravens quarterback Joe Flacco said on live TV: "f***ing awesome!"). A 108-yard-kickoff return; numerous missed chances by the 49ers; Flacco playing lights out; the lights actually going out for 34 minutes; a crazy 49ers rally from 22 down that wound up five yards short. And, as a wonderful bonus, a totally hot Calvin Klein ad showing model Matthew Terry posing in his underwear for 30 seconds.

Super Bowl XLVII was one of the wildest ever, one that started slowly and seemed disjointed, with the Ravens making all the plays early and the 49ers showing their inexperience. When Jacoby Jones returned the second-half kickoff 108 yards for a touchdown to make it 28-6 Ravens, I thought it was time to tune in to the Puppy Bowl. Then the power went out and the game changed.

The 34-minute delay totally reversed the tempo of the game, and the 49ers outscored the Ravens, 25-6, down the stretch. No team had ever come back from a Super Bowl deficit larger than 10 points, but the 49ers came within a missed two-point conversion of tying the game at 31-31 midway through the fourth quarter. The Niners then had four shots inside the Ravens 10 with two minutes to go, but called three weird and low-percentage plays that did not take advantage of the athleticism of quarterback Colin Kaepernick. It resulted in three incomplete passes (and a great non-call by the refs on an uncatchable pass on fourth down) and the Ravens held on for the win.

CBS, for all the money spent and cameras employed during the game, had a mediocre broadcast. They consistently failed to show key replays and never did an adequate job with analysis of why things were happening the way they were. For example, I thought Ravens linebacker Ray Lewis had a weak game, consistently a step slow and out of position. Yet, CBS never really focused on how he was doing, despite all the pre-game buildup of how it was his final game.

CBS also did not mention the controversy caused by 49ers cornerback Chris Culliver and his anti-gay remarks. Culliver was involved in several big plays during the game and his comments were the biggest controversy of Super Bowl week, so to totally ignore it during the game was a failure. The people I watched the game with were very aware of Culliver, as I am certain were all gay fans watching, and were noticing how he was playing. I would have liked to know if the CBS team of Jim Nantz and Phil Simms thought the hubbub caused by the comments affected Culliver's preparation and play, but nada.

As for Beyonce and her halftime show, I did not see a second of it, so that's the extent of my review. I was too busy eating linguini with meatballs, homemade marinara sauce and garlic bread to notice. I needed to save up my strength for what turned out to be as fun a second half as has ever been in a Super Bowl.

In case, you missed it: