Share All sharing options for: Jason Somerville: The fairness of Fallon Fox

Over the past few weeks, we've heard a lot about Fallon Fox, the first transgender woman to compete professionally in mixed martial arts. In May 2012, Fox made her pro fighting debut in the 145-pound women's division, winning via technical knockout. She fought again in March 2013, knocking out her opponent in 39 seconds. After her second bout Fox revealed publicly that she had underwent gender reassignment surgery in 2006. In the month since her coming out, the issue of whether Fox should be allowed to compete against women has been widely discussed.

This is an issue that necessitates thoughtful study and research, so we're sure to hear the worthless, uninformed opinions of those who have done neither. On this week's edition of "The MMA Hour" with Ariel Helwani, former NFL player and current UFC heavyweight fighter Matt Mitrione spoke his mind on Fox and her fighting career. Repeatedly referring to Fox as "he" and comparing her to Buffalo Bill from "Silence of the Lambs", Mitrione went on to call Fox a "lying, sick, sociopathic, disgusting freak." Mitrione's comments were quickly and strongly rebuffed by the UFC as they suspended Mitrione five hours later.

Despite the many obstacles in front of them, transgender athletes have seen increased support from major organizations in the past decade. In 2004, the International Olympic Committee set rules for transgender participation which, while perhaps imperfect, represented a major step for transgender athletes. In 2012, the Association of Boxing Commissions, which also oversees mixed martial arts, enacted a similar policy as the IOC's on transgender fighters.

In combat sports, the safety of the two athletes must be paramount. In an interview with mixed martial arts news site Bloody Elbow, Dr. Marci Bowers, an expert in the field of transgender reassignment, was asked if Fox had an inherent advantage in mixed martial arts competition due to her being born male. "Most measures of physical strength minimize, muscle mass decreases, bone density decreases, and they become fairly comparable to women in their musculature. After as much time as has passed in her case, if tested, she would probably end up in the same muscle mass category as her biologically born female counterpart."

"If an individual is on female hormones, and she's been on them for several years, the hormones decrease the muscle mass, bone density, strength, libido and aggression. Those things are attributed to testosterone, and if she no longer produces testosterone, then she would have the level that an average female would have. She's been doing (hormone therapy) for so many years, that she probably does not have a significant advantage, if any at all... Factor in that she's been on hormones for so long, and has had the surgery, she more than likely has the muscle mass, bone density and strength of most females."

With both the International Olympic Committee and the Association of Boxing Commissions condoning transgender fighters given the fulfillment of a strict criteria, alongside professional medical experts who support transgender athletes competing in mixed martial arts, it seems like Fox probably does not retain much, if any, physical advantage from being born a man. Whether or not the world is ready to watch her compete may be a different story. 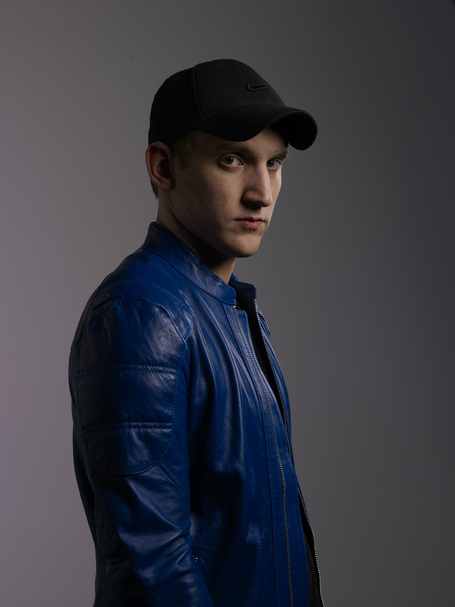