Chris Kluwe is not only a punter for the Minnesota Vikings and an awesome spokesman for gay rights, he's also a successful pitchman. Kluwe's radio spot on gay marriage won a gold medal at the American Association of Political Consultants annual POLLIE awards.

The spot, created by legendary political ad man Bill Hillsman for the Minnesotans for Equality "Just Vote No" campaign, took top honors as the best radio advertisement in the country in 2012 for a statewide Ballot Initiative & Referendum campaign. It also won a silver medal for Best Use of Humor in the same category. With Kluwe's help, Minnesotans defeated a constitutional amendment that would have defined marriage as only between a man and a woman.

The ad brilliantly used Kluwe's famous "lustful cockmonster" phrase as part of an interrogation by government officials. Unlike so many ads for gay marriage that are somber, this was funny and breezy while making its point. Tracy Call, who headed Minnesotans for Equality, said it was designed to cut through the clutter of political ads that swamped airwaves last fall.

"Not something I ever expected to get an award for, that's for sure," Kluwe said.

Click on Kluwe's picture below to hear the ad: 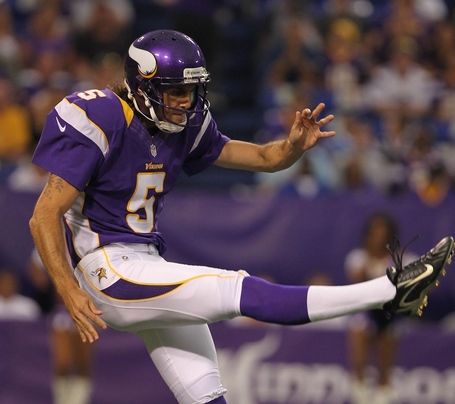