"I wouldn’t give a shit if any of my teammates were gay," says the rugby star.

English rugby player James Haskell has become the latest athlete to pose for the cover of the British gay magazine Attitude and he says he is puzzled more gay players in his sport aren't out.

"I've got a big gay following on Twitter so it's an honor for me to be in Attitude,' said 28-year-old Wasps flanker Haskell.

"I'm surprised that across all sports more people haven't come out because going by sheer statistics there have to be lots of gay sportsmen, right?

"I hate the idea of people feeling they can't just be themselves and personally I wouldn't give a shit if any of my teammates were gay."

"I couldn't give a shit" would make for a great T-shirt to fight sports homophobia since it's how athletes talk. As for his gay following, I can see why: 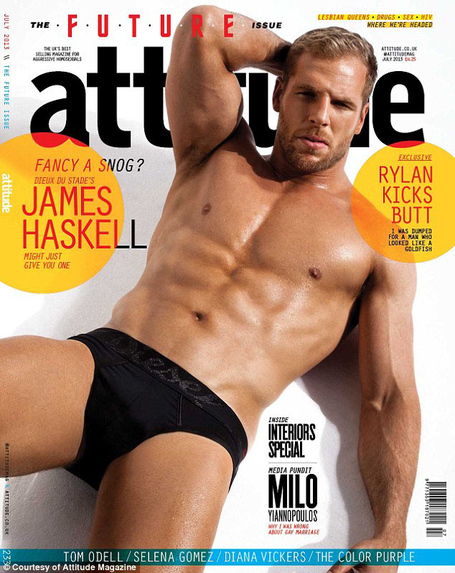 Off the field (David Rogers/Getty Images; click for larger view): 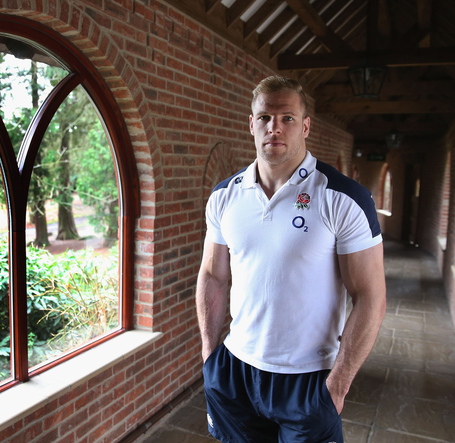 On the field (Clive Rose/Getty Images; click for larger view): 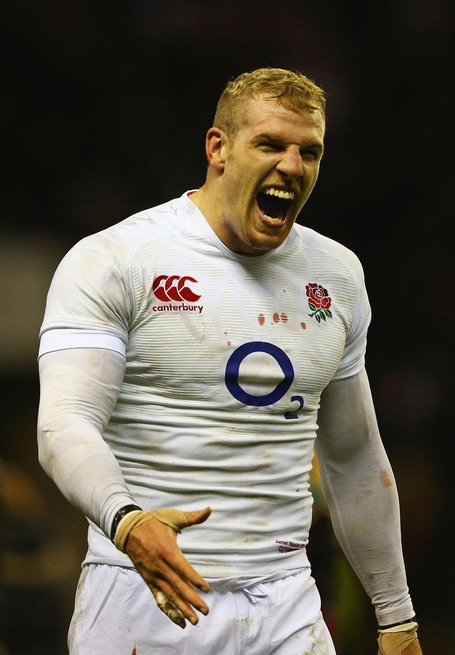