George Burgess is an English-born player in the National Rugby League of Australia, where he plays for the Sydney Rabbitohs. He has a twin brother, Tom, who also plays on the same team and two other brothers -- Sam and Luke -- who are also ruggers. At 6-5 and 21 years old, George is a stud. How much of a stud was revealed when two nude self-portraits of himself wound up on someone's Twitter account and have gone viral.

Nicknamed "Gorgeous George," Burgess won't be sanctioned by his club and he has gotten into a bit of trouble in the past. But I think his growing legion of fans won't mind that he went the Full Burgess. You can see the two photos here (warning: Not Safe For Work. I repeat, Not Safe For Work), along with shots (non-nude) of the other Burgess brothers.

Here is a shot of the four Brothers (thanks to Twitter follower MileHighJoe1): 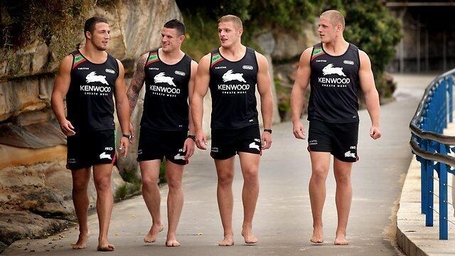 Here are two shots of George on the field: 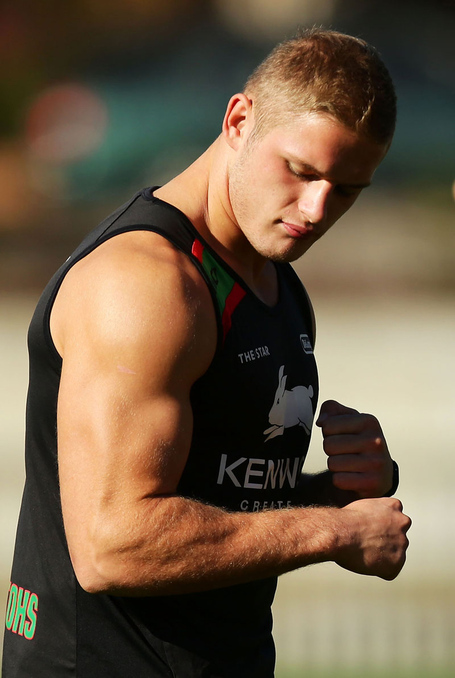 With his mates (Mark Kolbe/Getty Images): 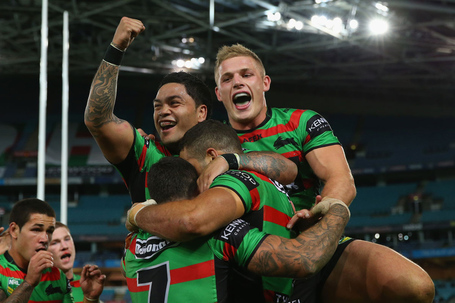