Share All sharing options for: Concrete Hero teams racing to the finish line

The second annual Concrete Hero urban obstacle course will traverse Downtown Los Angeles the morning of July 14. But for the last year, some of the participants and teams from last year's events have been training for the big day and raising money for AIDS Project Los Angeles.

The top two fundraising teams have already each brought in over $30,000.

For Xanadudes captain Russell Wetanson, last year's inaugural Concrete Hero was the perfect blend of unique events that came at the perfect time.

"I had made myself a promise to get out of my comfort zone," Wetanson remembered. "I was on a mission to try new things, and I had never done any kind of athletic run, bike ride, walk, whatever. Then, I saw a Facebook friend like the Concrete Hero page, so I checked it out. I was hooked."

What's so impressive about his team's fundraising is they've done it with only 23 members. A big part of that is Andrew Strauser, currently the top individual fundraiser for the event

"My uncle Kenneth died of complications related to HIV/AIDS my senior year of high school," Strauser said. "So, to be able to run in his memory and raise money for APLA is truly inspiring."

The leading fundraising team so far this year, with almost 70 members raising nearly $40,000, is Team Kick A$$, captained by Fred 'nd Jason.

"Anytime you can put the fun into fundraising... we're there," Fred 'nd Jason said. "There are plenty of other fundraisers out there, but most of them involve watching a video while eating tray passed sliders. And they are fine... heck we've even organized them. But things like Concrete Hero don't come around often, so when you see efforts being applied to trying to make something fun, engaging and purposeful, it ends up being a home run!"

There's still time to join the fun! The event will be held the morning of July 14 at the Los Angeles State Historic Park near Downtown off of Spring Street. You can register for the event, or donate to your favorite participant, at the Concrete Hero Web site. 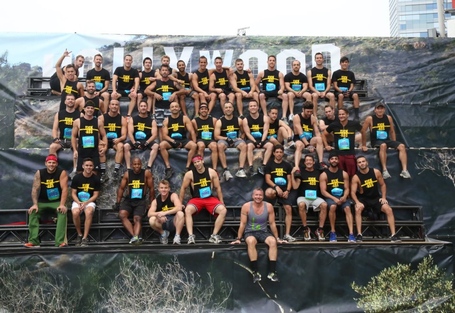 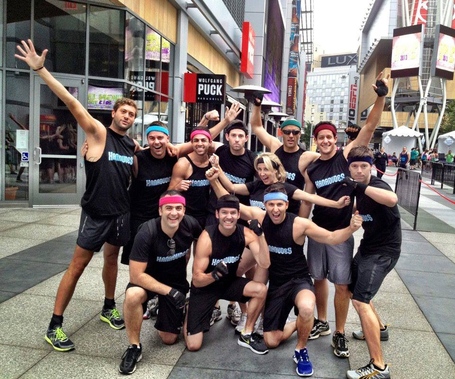 The 2012 Xanadudes team getting psyched for the race