NFL at the quarter pole: Broncos, Seahawks a cut above the rest

Denver and Seattle look super, but they are not the only surprises. A division-by-division look, plus hot player of the week.

Share All sharing options for: NFL at the quarter pole: Broncos, Seahawks a cut above the rest

A look at the NFL a quarter of the way in:

Before the season, I took Seattle and Denver to meet in the Super Bowl and that's looking like a good pick with both starting 4-0. Though to start quoting the cliches, it's a long season and crowning anyone a champion in September is foolish.

The Broncos look unstoppable, scoring a team-record 52 points in crushing Philadelphia, as Peyton Manning threw four touchdowns. He now has 16 on the season with zero interceptions and the Broncos are averaging 44 points a game. He's never played better and having watched all their games, the Broncos still have room for improvement (and that's scary). Their defense gives up yards, but they'll get Von Miller and Champ Baily back soon, which will make that unit formidable.

Seattle, meanwhile, came back from 20-3 to beat Houston in overtime, helped greatly by a bonehead pick-six thrown by Matt Schaub with under three minutes to go and the Texans holding a seven-point lead. The Seahawks have the best home field in the league but many were suspect of their ability to win on the road, especially in games starting at the equivalent of 10 a.m. Pacific time. They are now 2-0 in such games this season and have the look of a team that can win in any situation.

But let's not print Broncos-Seahawks Super Bowl tickets yet. Only twice since 2000 have the acknowledged two best teams after four games wound up playing for the title (Eagles-Patriots in 2004 and Colts-Saints in 2009). The last three seasons, the best regular season team didn't even win a playoff game (Patriots in 2010, 15-1 Packers in 2011and 2012's Broncos). Peyton Manning is my all-time favorite athlete and I want him to win the Super Bowl this year but the playoffs are cruel and I am not assuming anything.

Here is a look at the divisions after four games:
AFC East: The Patriots are 4-0 and they haven't looked pretty doing it, almost blowing a 17-point lead Sunday to Atlanta. But Tom Brady will get some weapons back on offense and the defense is playing well, so New England will be a contender all season. The Dolphins (3-0) are a division contender, even if they lose Monday. The Bills and Jets are both 2-2 but no threats to the Patriots. At least Buffalo looks like it has a potential star quarterback in E.J. Manuel.

AFC West: Denver is 4-0 but so is Kansas City. I don't see the Chiefs able to stay with the Broncos, but a wild card looks very promising. Who would have thought a Week 5 games between the Chiefs and 3-1 Titans would be big? The Chargers are 2-0 against the NFC East, 0-2 in the AFC, so they should petition for a division change. The Raiders (1-3) are what we thought they were.

Here's a quirky stat about Broncos return ace Trindon Holliday, who returned a kickoff 105 yards for a score against the Eagles – he's unbeaten in the regular season. He started 2012 with the Texans who went 5-0 before they cut him (for some bizarre reason). He went to Denver, where he went 11-0 to close the season and is now 4-0 in 2013. His only loss came in the playoffs, but in that game he returned a kickoff and a punt for a score.

AFC South: The Colts (3-1) and Titans lead the 2-2 Texans and this division is wide-open. Indy has a huge game next week against Seattle, while it doesn't get any easier for the Texans with a trip to San Francisco. I underestimated the Colts to start the season, but Andrew Luck is the best QB in the division and I see them being the favorites. The 0-4 Jaguars play at Denver in Week 6 and you could be looking at one of the biggest pointspreads in NFL history in that game. In 1976, the Steelers gave 27 to the Bucaneers and won 42-0.

AFC North: Let's hear it for parity (or parody). The Ravens, Browns and Bengals are all 2-2, with only the Steelers flirting with perfection (as in a perfect 0-fer). What's weird is that Pittsburgh is not out of the division race given how mediocre the other three teams are. Beats me who will come out on top of this lame-fest.

NFC East: Talk about a stink-o-rama. Dallas leads at 2-2 but has the Broncos coming to town. Philadelphia (1-3) can't stop anybody, RGIII still doesn't look right for Washington (1-3) and the Giants (0-4) have been outscored 69-7 the past two weeks. No one deserves to win this division.

NFC West: Seattle has a two-game lead and after playing at Indianapolis next week, I can't see another possible loss for the Seahawks until Week 10. Ignore all the "anything can happen" talk about the playoffs in this one case – if Seattle gets home-field advantage in the NFC they will make the Super Bowl, guaranteed; no one beats them there. The 49ers (2-2) are still solid, but I see them playing for a wild card slot. Forget about the Cardinals (2-2) and Rams (1-3).

NFC South: The Saints are 3-0 heading into tonight and a win gets them a 2 ½-game lead. The Falcons (1-3) are three plays away from 4-0 but something is missing here with this team. The Panthers (1-2) have talent, but we'll see if shutting out the Giants last week was more about the Giants than themselves. The Bucs (1-3) are a mess; I wonder if Jon Gruden would come back in 2014 for an encore?

NFC North: The Lions and Bears are 3-1, but Detroit won their Week 4 meeting in a shootout, 40-32. Both teams are solid contenders for the division. The Packers (1-2) had a bye but they have not yet played a division game and they will get things right. The Vikings (1-3) finally got a win, but look like a last-place team this season.

Hot player of the week: I loved the Reggie Bush signing by the Lions in the offseason and he hasn't disappointed. Despite being injured and playing in only 2½ games, Bush has 424 total yards and two long touchdowns. He's one of few players who can score from anywhere on the field. Besides that, he is totally hot. I loved his Subway commercials where he lounges by the pool shirtless. And his ads for Everlast are some great eye candy. Here is a sample: 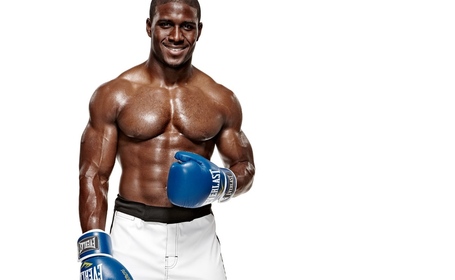