Gay softball teams from across North America participated in the 37th Gay World Series, including a visit to the Washington Nationals

Both teams were celebrating an intense, emotional moment in an elimination game here on Friday afternoon, August 30, at the 37th annual Gay Softball World Series in Washington D.C. There were smiles, hugs and high-fives all around from players on both the Knoxville Cyclones and New Orleans Avita de Lis as each scratched and clawed for 60 minutes to grab the victory and the right to move on and play on Championship Saturday in the D-Division.

"There was a disputed play at the end of the game," said Chris Balton, the commissioner of the North American Gay Amateur Athletic Alliance (NAGAAA), which sanctions the Series. "New Orleans thought they had tied the game, and [meanwhile] Knoxville thought they had won the game. When all of the dust settled, New Orleans missed [recording] a run and lost the game, 12-11.

"They were visibly upset and hurt."

But before leaving the field, both teams gathered together and cheered in unison.

"That [moment] brought tears to my eyes," said Balton, who had played in the Master's Division for players age 50 and over. He was still teary-eyed about the Friday game as the five-day Series wrapped up about 24 hours later.

Balton talked to both teams minutes after their game, telling them, "That's what we're about."

"I told both teams that that (moment) was the best example of sportsmanship I (saw) throughout the (2013) Series," Balton said. "Lifelong friendships are built at the World Series."

And all Knoxville and New Orleans players - including the brother combo of Dusty and Trent Pike, who play for each team, respectively - long will remember this sun-drenched shining moment.

Sure enough, teams routinely argue and disagree on the field, and the heat of the moment often leads to extreme emotions, but, like everything that Balton and his NAGAAA crew do in conjunction with the World Series, it all comes down to one main goal: creating lasting memories through the players' experiences.

The 37th Series crowned five champions on August 31, and the winner in each division came from a different city from last year. The 2013 Series attracted 156 teams from across the U.S., and Canada, with about 5,000 players and fans swinging and cheering for every hit, run and home run.

"People come to the Series for the social aspect as much as the play on the field," Balton said. "I talked to some of the [straight\, high-level umpires who work the Series annually. I asked them why they continually come back to the event. They said, ‘For the sportsmanship on the field; you guys truly like each other.'"

The 2013 World Series kicked off on Monday, Aug. 26, with the annual team manager and umpires meeting, held inside Nationals Park, home of the Washington Nationals. It was the first time a Gay Softball World Series meeting was held inside a Major League Baseball stadium.

The traditional Opening Ceremony also took place Monday. It has turned into a mass T-shirt exchange as players swap their hometown, made-for-the-Series t-shirts with other players. About 4,000 attended the Opening Ceremony.

About 2,000 people attended the Nationals game on Tuesday night, Aug. 27, for Nationals NightOUT. Balton delivered the lineup card to the umpires on the field for the event.

Balton said the on-field competition was on par, if not better than, past Series. He also noted that off-field moments stood out from this Series. Balton said at least 10 couples here for the Series also got married.

"How appropriate to be in Washington D.C., given all of the things that are happening in our community," Balton said.

"The Series, to me, isn't just about the on the field play, but also about experiencing the city-and Washington D.C., was a great city for that," said Steve Kasperski, of Chicago, who played in the C-Division and was making his 19th Series appearance.

The 2014 Series, which will be held in Dallas, will shift to a late-September start due to the area's intense heat and humidity usually present in August.

"We definitely will do something with the (player) ratings; we're too bottom-heavy with our membership," said Balton, who noted that about 75 percent of NAGAAA's membership fall into the C and D Divisions.

Next summer's Gay Games also will feature softball among its sporting roster, though Balton doubted the Games will severely impact the Series, or vice versa

Here is a look at the 2013 Gay Softball World Series winners: 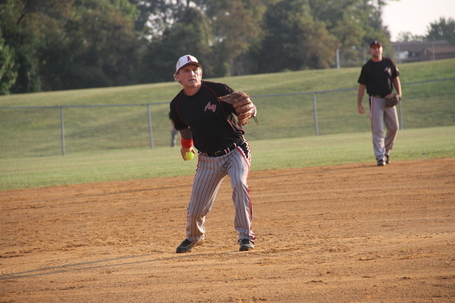 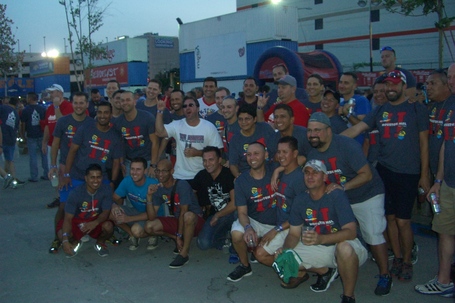 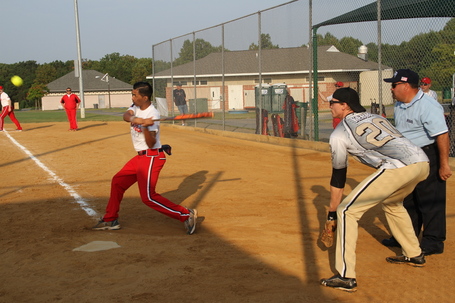 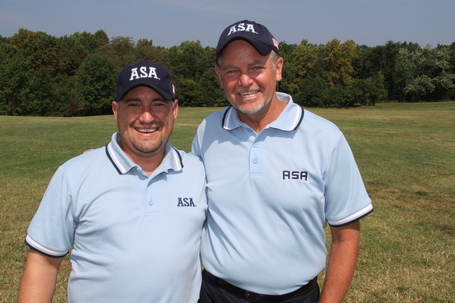