"I think it's funny when people say I'm gay... I laugh it off," says Tom, who was voted the world's ­sexiest man by iconic gay magazine Attitude last week. I'm not. But even if I was, I wouldn't be ashamed. It wouldn't bother me in the slightest what people thought.

"But I can understand why I have a massive gay following - I spend most of my life half naked in trunks on a diving board showing off my bare chest. I often joke I wear more to bed than I do to work. But I'm cool with my gay following. It's great to have gay fans even though my friends gently take the mick [make jokes]."

Daley might have won Attitude magazine's sexiest man contest, but he didn't come close in Outsports' King of the Hardwood contest, where readers crown the hottest athlete. The 2013 contest was won by the NFL's Eric Decker and Daley lost out in the round of 32 to Patriots tight end Rob Gronkowski. 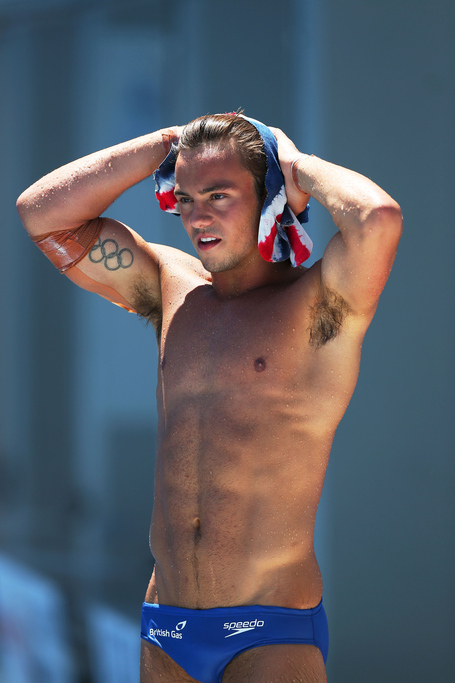