Share All sharing options for: Aussie rugby player shows off his butt in Budgie Smuggler underwear

We love the Burgess brothers, who play professional rugby in Australia. Brother George has taken nude photos that have wound up on Twitter. And brothers Luke and Thomas have taken public stances in support of gay athletes.

The latest we've discovered involves George's choice of underwear, on display when his pants got pulled off during a National Rugby League match this summer. They are called Budgie Smugglers, which the Urban Dictionary defines as:

Australian slang term for men's tight-fitting Speedo-style swimwear. The 'lump in the front' apparently resembles a budgie when it is stuffed down the front of someone's shorts.

George's are of the Union Jack, since he was born in Britain. Not sure he needs any "budgie" to enhance what he already has. 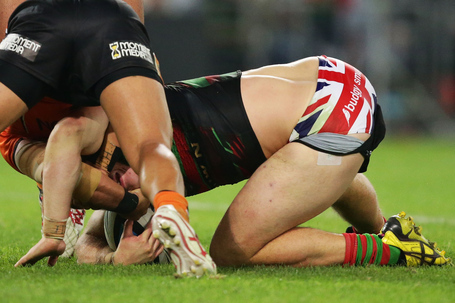 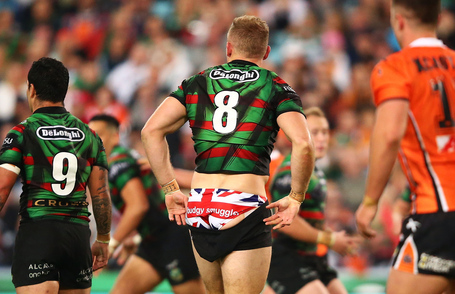 From the front, George and Tom: 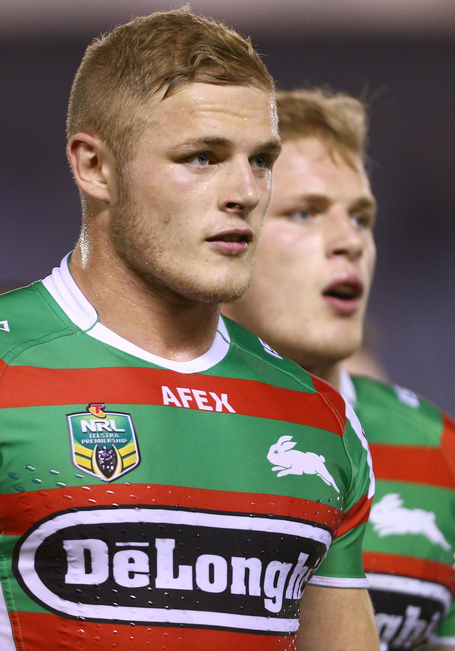