A male rower and a female competitive cheerleader wade through the waters of coming out to their friends, family and teams.

Share All sharing options for: Watch MTV's True Life about two gay athletes as they come out to their teams

MTV's latest episode of True Life features two gay athletes - a male rower and a female competitive cheerleader - who come out to the people in their lives, including their teams.

The preview video shows some compelling footage of cheerleader Desiree talking with what appears to be family members about being gay - and the reaction isn't 100% positive. The footage we see of rower Steven is driven by fear and concern. Let's hope he decided to come out to his team - the chances they would be overwhelmingly supportive are about 99.99%.

I'm also curious is the episode addresses the difference between the struggle and fear inside the minds of the gay athletes and the reality of their teams once they come out. It could be another great chapter to the growing story of acceptance in sports that we have been seeing written for 15 years. 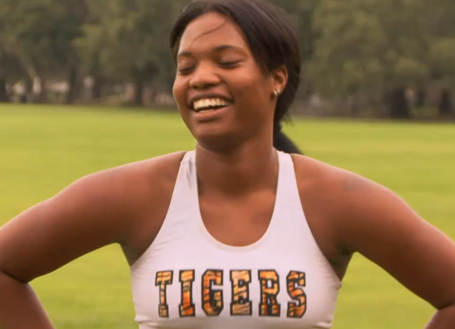 Cheerleader Desiree comes out to family, friends and team.