Diver Joshua Koch gets help from his friends to make his Gay Games dream a reality.

Share All sharing options for: Diary of Gay Games Virgin: An underwear show to raise money

Gay Games 9 takes place in Cleveland & Akron, Ohio, Aug. 9-16. You can register here - be part of the fun with Joshua  and other LGBT athletes!

Joshua Koch will be competing as a diver in this year's Gay Games in Cleveland. This is his first Gay Games and he will chronicle his journey.

As the months become days until the 2014 Gay Games, my goals become more apparent each day.

I am only 23 and competing in my first international competition, and the Gay Games have inspired me to do my best and go for the gold in the 1-meter and 3-meter springboard diving. Living in the Cleveland area for the first few years of my life and having family there, I wanted to compete as soon as I heard the Games were going to be held in Cleveland. Being able to be apart of a competition as an equal human being for basic human rights and being able to do it competing in my favorite sport speak for itself.

Falling half naked in skin tight spandex while everyone watches and critiques me is always fun, but getting myself to competitions is always a different story. Being a gay diver from Colorado there is no GLBT diving team, so I had to enlist help from my peers compete in the Gay Games as an unaffiliated athlete. Without a team to help raise money, or to work with on funding a trip together, getting myself to Cleveland was going to be a challenge.

First off, I called my family. My uncle lives 20 minutes outside of Cleveland and offered to house, feed and provide transportation to and from the events. Thus, lodging was taken care of with little to no effort; however, getting to Cleveland and paying for my Gay Games registration were two separate issues I had no idea how to start tackling. This is when I began to ask for help.

Talking with some people with whom I had done volunteer work, I was given the opportunity by Broadways Bar in Denver to host a fundraising event for my trip. Unsure of how to properly run a fundraising event, I enlisted the help of PFLAGG member and friend Kirk Washington to help run the show. Kirk, having done various fundraiser work, came up with three main ideas: a beer bust, a raffle with an element that included diving, and some live entertainment to keep guests excited, and to bring people in from the street.

Broadways is a gay bar, so Kirk and I decided on an entertainment selection right away. Drag queens in Denver have been a big part of the nightlife and are known for doing lots of charity work, so the decision to have drag performers was made easily. The real dilemma was trying to figure out an auction or raffle that would benefit the fundraiser and increase funds while adding in the element of diving. While in the midst of deliberating, we mentioned our plans to Denver ODDD underwear designer Use A Prophylactic.

Kirk had asked Use A Prophylactic to make a competition suit for my trip to the Gay Games and during our suit fitting, came up with a brilliant idea of donating underwear to be auctioned off in a fashion show. Having done many of these underwear auction events before, Use A Prophylactic secured the models while Kirk Washington gathered the drag queens. The underwear fashion show was an amazing idea because it combined a fundraising auction with underwear without being raunchy or degrading. What better way to represent the sport of diving than by having men in Speedo-like garments look sexy, walk around the bar, and auction them off for the event! Both of these amazing people really helped boost the fundraising event to something greater than I could have ever expected.

With hard work from some good people, my friends here in Denver really helped make my dream and goal of getting to the Gay Games in Cleveland this year a reality by helping raise a combined $1,000. I am so thankful for this because the event was not only fun and successful, but it meant more because of so many people came together to help me accomplish my dream by making the road to the Gay Games a little less stressful for me.

Now all I have left to do is motivate, train, and continue to make my dreams a reality. With this finished and in the past, I am closer than ever to accomplishing my goal.

Images from my fundraiser from Robert A. Rice Photography (click image for larger view): 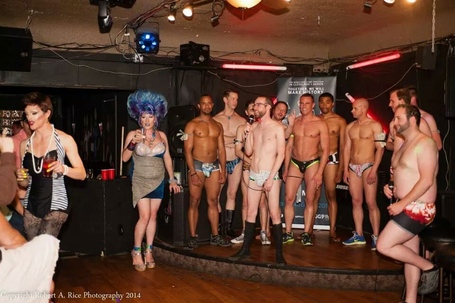 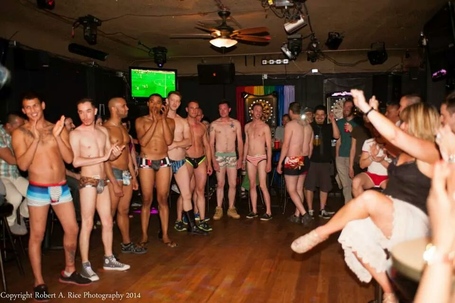 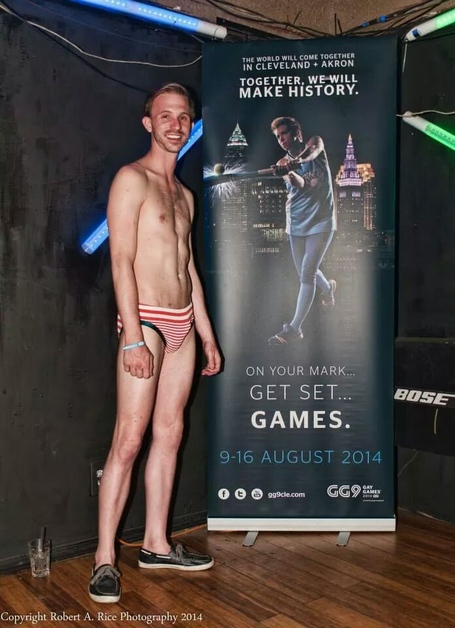 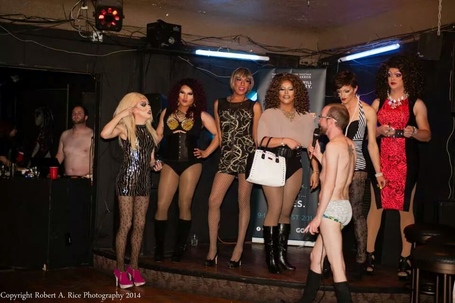 Joshua Koch lives in Denver and can be reached via email at kochjosh84@yahoo.com.

Gay Games 9 takes place in Cleveland & Akron, Ohio, Aug. 9-16. You can register here - be part of the fun with Joshua and other LGBT athletes!