The WNBA's Pride program will culminate in a televised game between the Tulsa Shock and Chicago Sky on June 22.

The WNBA today launched WNBA Pride, professional sports' most complete "marketing, media, grassroots and social responsibility program for the LGBT community" to date. The initiative makes crystal-clear that the WNBA is a place for LGBT athletes, coaches and fans. It's a powerful step forward.

Included in the roll-out is a Web site, advertising, sweepstakes and an ESPN-televised game on June 22 to celebrate Pride! That game is between the Tulsa Shock and the Chicago Sky. It's a pretty awesome selection of teams, particularly given that Tulsa is in Oklahoma, where various anti-LGBT laws are on the books. It's a great statement by the WNBA and ESPN to choose that team and, of course, Chicago, which has such a rich LGBT history.

The WNBA and NBA work with LGBT Sports Coalition members like Br{ache The Silence, GLSEN and GLAAD to help tackle anti-LGBT bias in sports. The heads of two of those groups shared their support for the WNBA's Pride initiative.

"GLSEN and our chapters are proud to continue our partnership with the WNBA during LGBT Pride Month," said GLSEN Executive Director Eliza Byard. "The WNBA is a sports leader in creating diverse and inclusive environments for all players and fans, and the league's commitment to supporting the LGBT community is sending a powerful message of respect to youth across the country."

"Some of my favorite memories are courtside with my wife and kids cheering on our favorite WNBA teams. For years, the WNBA has been a leading force in building support for equality on the court and in the stands. The WNBA Pride platform will raise the bar in helping to end anti-LGBT bias in sports, while also celebrating the tremendous value LGBT athletes and fans bring to the game." 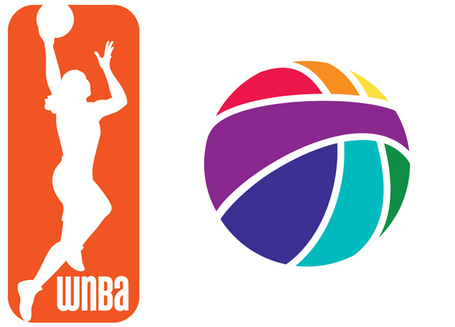