Jordan Ayew of Ghana has his package exposed to the world.

Share All sharing options for: World Cup has its first on-field penis sighting

We had a little X-rated action at the World Cup on Thursday when the penis of Ghana's Jordan Ayew was seen bouncing around after his shorts were pulled off by a Portugal player. The action was shown live around the globe on the World Cup feed.

Bill Hanstock of SB Nation has a Vine video of the exposure and it appears that Ayew has nothing to complain about. I certainly hope, though, that his underwear is FIFA-approved and won't land him in trouble like Neymar. Ayew's variety is the only form of flopping in soccer we approve of.

Warren Little of Getty Images was nice enough to get this sequence of Portugal's William Carvalho yanking on Ayew's shorts (click image for larger view): 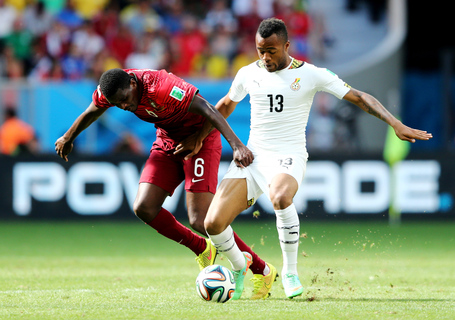 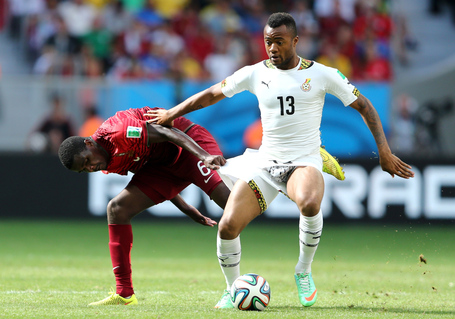