Tom Daley: Coming out 'massive weight' off his shoulders

The British diver says he is happier than ever after declaring he is gay.

Share All sharing options for: Tom Daley: Coming out 'massive weight' off his shoulders

British diver Tom Daley is discovering what other gay athletes have once they've come out -- they feel liberated, no longer having to hide. The BBC interviewed Daley at the Commonwealth Games in Scotland.

Interviewed by BBC Sport in the run-up to his appearance in Glasgow, Daley believes the decision to talk openly about his sexuality has been a positive and liberating experience.

"The public support has been overwhelming," he says. "Everyone's been so nice." It is also, he adds, a "massive weight" off his shoulders.

The pressure of not having to watch everything you say and every word choice is one huge reason LGBT people feel such relief after coming out. Daley's reaction is noteworthy in as much as it reiterates a universal theme.

As a bonus, here is the above photo of Daley full-size (click for larger view): 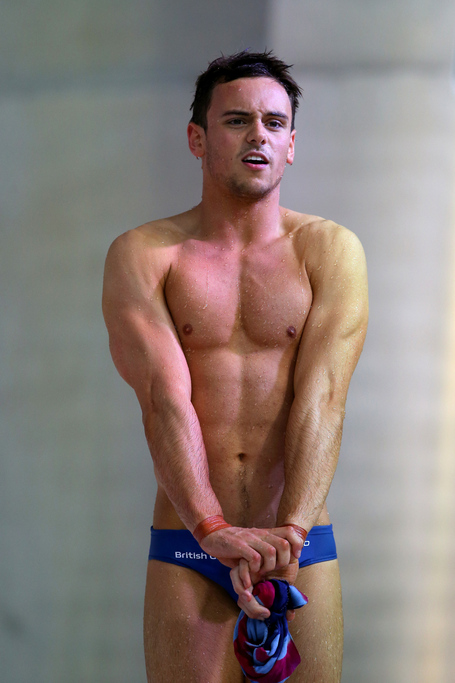 Tom Daley comes out, has a boyfriend