Mason Briles was a fencer in high school and is now secretary of Alpha Sigma Phi fraternity at Auburn University. He came out as gay on Twitter.

Erskine College volleyball player Drew Davis, who struggled with reconciling being gay with the Southern Baptist Church, was outed inadvertently to one of his teammates during a Skype chat. Juan Varona was out in high school in Puerto Rico.

It had been months since Alan Gendreau put on a pair of cleats and stood three yards behind a football. The former Middle Tennessee State placekicker had all but left the game behind when he graduated a year ago.

For the last few months a Twitter handle called "Closeted Athlete" has garnered some attention for his tweets about seemingly struggling in the closet and possibly being near coming out. He has kept his identity a secret, which has given him the freedom to tweet and retweet whatever his truly on his mind, including his thoughts on LGBT rights and "cute boys."

Then "Closeted Athlete" stuck his toe out of the closet a few weeks ago by changing his Twitter name to "I'm The Same Mason." He also shared various links about ending suicide, a sign that started to worry me - Could it be that this young man started having dangerous thoughts? It was then, a few weeks ago, that I chatted with him, learned his true identity, and learned he was actually on a positive path forward.

Then this weekend he gave the first hint that he was truly ready to share himself with his whole world:

So I'm thinking I might come out to my fraternity this Tuesday. It's by no means set in stone but it might happen.

On Tuesday "Closeted Athlete" came out publicly on Twitter, revealing himself as Mason Briles, a former high school fencer who is currently the secretary of Alpha Sigma Phi at Auburn University. Briles doesn't fence anymore in part, he told me, because he felt constantly under attack by the sometimes-quiet, sometimes-loud homophobia that pervaded his sport even in high school.

In coming out Briles posted this tweet, a modified version of a letter he sent earlier that day to his fraternity brothers:

From the moment we are born, we are expected to conform to whatever norms society has for us. Anytime someone happens to be different, they are automatically labeled as such. While at first, these labels can seem incredibly cruel or hurtful, with time I have found these labels can do no more harm than they are allowed to do. With that being said, I am about to put a label on myself. It is a label I am happy to have and it is a label I will wear with pride.

Coming to terms with this aspect of my life has truly been the hardest struggle I have ever been through. I am not coming out because I want to be treated differently or because I want attention, I am coming out because not being who I am is tearing me apart inside. While being gay is nothing new to me, I also respect that me being gay is extremely new to you. Just know that being gay does not define me as a person as it is only one aspect of who I am; I have always been gay and absolutely nothing about me has changed. The only thing that has changed is my willingness to be open and honest with all of you. I am the same exact guy I was before you started reading this, and I am hoping beyond hope, that reading this does not change the person you see.

If I know you, even just in passing, I consider you my friend and as a friend, I am trusting you. I am trusting you because I believe in my heart you will accept me for who I am; for that acceptance, there are no words to express how blessed I truly am. Quite honestly, a simple "thank you" could never measure up to how amazing all of you truly are. If it turns out this makes any of you think less of me in any way, then I am sincerely sorry you feel that way, but I also will not apologize for who I am, who God created me to be.

I consider each and every one of you, my friends, a part of my life. Whether we have spent countless hours together or have only talked a few minutes in passing; it really is not fair that, until now, you have not gotten to know the real me. I have felt alone, isolated, and at times suicidal, simply because of who I am and I firmly believe that is no way for anyone to live. For this reason, I encourage all of you to be yourselves in everything you do and if anyone needs anything or simply wants to talk, just know that I am always here for you. I hope everyone has a fantastic evening. Thank you for your time and God Bless.

When I first connected with Briles months ago, he seemed desperately far from coming out. Connecting with another athlete in the South in a similar situation, in addition to various other people via Twitter, seemingly made a world of difference. Whereas he had been afraid to come out to any of his Alpha Sigma Phi fraternity brothers, Briles told me via text message Tuesday night that his fraternity brothers have rallied around him.

"They've all been really awesome so far," he told me. "Completely and totally supportive."

Congratulations to Briles for finding the courage to be his true self in Alabama. We at Outsports are thrilled that you are the latest person to come out where it's unexpected and to be embraced for his bravery. 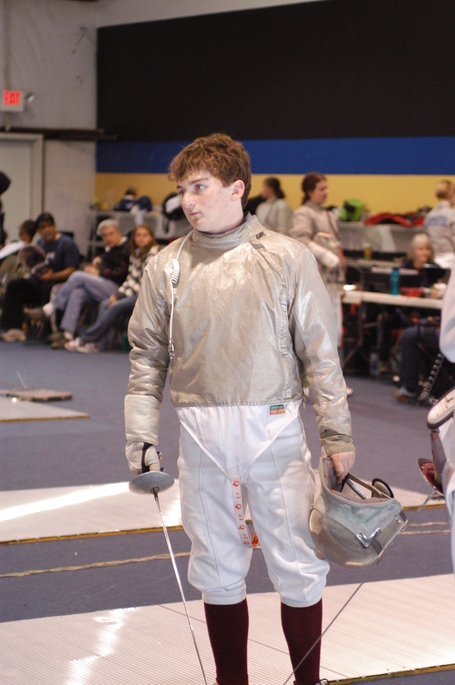