Top teams like Arsenal and those at other levels wear the laces to show support for gay players.

A campaign to get soccer players at all levels in England and Scotland to wear rainbow laces to bring awareness to homophobia in the sport has gotten a lot of traction this month.

Players from Arsenal and other English Premier League teams have worn the laces at matches this month. Stonewall, a gay rights group, sent the laces to all 92 Premier League and Football League clubs, plus the 42  teams in Scotland, though it's unclear how many players wore them.

We know that Arsenal is one team, after it released this great video on the campaign. Captain Mikel Arteta wore them against Manchester City, as did teammate Per Mertesacker: 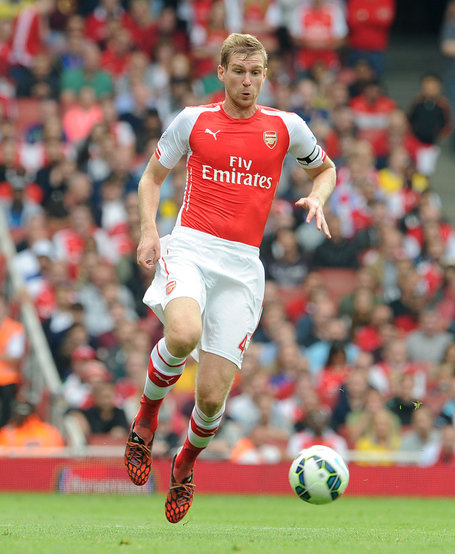 I liked this tweet about players from a women's team who would be wearing the laces:

There are no openly gay English Premier League players and only one professional at any level, Liam Davis, who plays for Gainsborough Trinity, six tiers below the Premier League. He told the BBC why he supports the campaign:

"I want to show that being gay and a professional footballer is something that's normal," he says. "The perceived contradiction between playing football, the man's game, and being homosexual is nonsense. ... It would be nice if it stuck through the whole season rather than clubs just getting on it for one weekend and then leaving it out."