David Sweeney came out to his Univ. of Michigan track & field teammates, but he regrets not being able to help another teammate do the same.

Share All sharing options for: Gay former Michigan sprinter regrets not helping another teammate come out to their team

I have always preferred to be alone. Like all introverts my energy and focus are drawn from time spent away from others, so it seems natural that I would ultimately be drawn to an individual sport.

Growing up I was active in athletics, competing in soccer, basketball, football, and baseball. But it was track and field that I enjoyed most and where I found my greatest success. Behind the starting line alone, in my own lane, with the total outcome dependent on my individual performance was where I was most comfortable.

It was my sanctuary.

Today, long retired from my beloved sport, I look back on my career and recognize that it should not always have been an individual effort. In fact, by making it such I may have missed out on what could have been one of the most rewarding experiences of my life.

When I arrived at the University of Michigan I was still unsure about my sexuality. Like so many, I used college as a time to experiment and discovered much more about myself than I knew there was to discover. By my senior year I had grown more confident and had developed a loyal group of friends that I knew would be there for me. Even so, having never known anyone that was openly gay, it was absolutely terrifying to reveal the truth to my teammates. Ultimately I was able to find the strength to come out as bisexual. That part of the story is quite familiar these days:

I was nervous;
Told my closest friends;
Told my teammates;
They were mostly accepting;
Everything became better for me.

It's a storyline that, while important, has been repeated by almost every out athlete in America.

However, my coming-out moment is not what I focus on when I look back at my time as a gay athlete. While I take pride in finding the strength to come out, I very much regret not helping a teammate do the same.

I know I was not the only gay member of my track team. There was another guy with whom I became good friends. We had very different backgrounds, but I admired his warm spirit and I suspect he felt the same way about me.

As time progressed I became more socially involved with other members of the team. A track team is large - ours having a 45-man roster - and so it was natural that various cliques formed, often along event lines (i.e. distance kids, sprinter, pole vaulters), but I was good about not sticking to my clique (the sprinters). Instead I interacted and established strong friendships with many members of the team - a great benefit to me when it came time to reveal my sexuality.

My fellow gay teammate retreated to a different social circle. I believe it was because he was unsure about acceptance and was afraid to reveal his secret. As a result, he spent more time engaged with other campus groups and ostracized himself from his fellow teammates. This still saddens me, as I believe that he missed out on many great experiences with us. More importantly, the rest of the team missed out on getting to know him better.

We used each other as support to help get through the kind of workouts I would not survive today. Mile after mile, hill after hill, rep after rep, one gave the other support and inspiration to get through it all. We made each other better. Because we had trained together, I shared in his victories and defeats. We were a team. While most races are run as individuals, championships are won as teams.

Unfortunately I was too late to apply this mindset to other areas of my life. We were able to bond as teammates in track, but I failed to recognize the opportunity to bond as gay men. Today I continue to regret this.

Athletics does not exist within a vacuum. It is a prism through which we are better able to analyze different issues. While I prefer to be alone, my time as an athlete taught me that I am most improved when acting as part of a team. Now I see that this transpires to other areas of my life.

Since graduating I have made a conscious effort to share more with others, and see myself as part of the LGBT community: a team. All of us are most improved when we unite as a team. 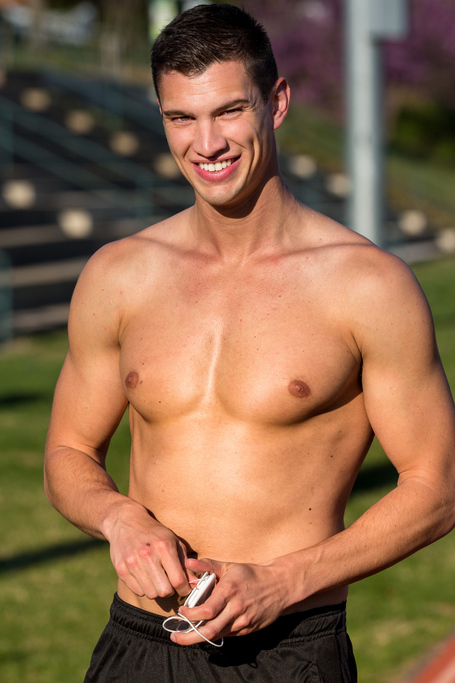 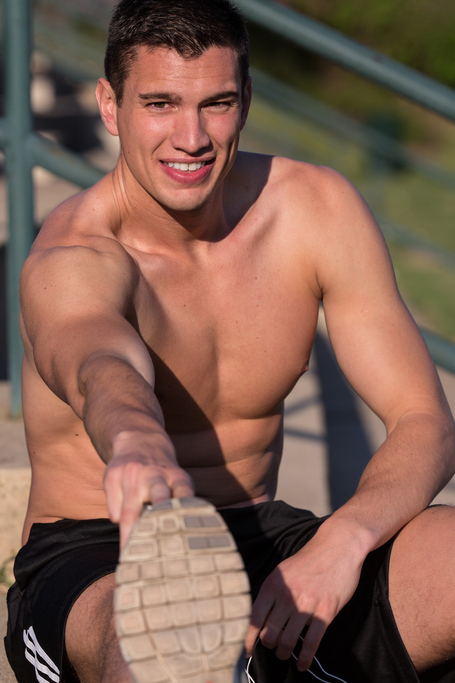