F(l)ag Football tells the story of LGBT football players trying to win the Gay Bowl, and the issues faced by LGBT people in sports.

UPDATE: You can now get this great film on itunes or Amazon at these links:

A documentary about gay flag football players is slated for two premiere slots in film festivals in mid-October in both Oregon and South Florida. But it's already gotten its "soft launch" at the qFlix festival in Philadelphia and walked away with the award for Best Documentary.

The film, titled F(l)ag Football, follows three gay flag football teams - from Los Angeles, New York and Phoenix - as they each take aim at the Gay Bowl championship to be held in Phoenix, Ariz. Various themes are explored through the players on the teams, including stereotypes, the emergence of LGBT people in sports and coming-out struggles. And yes, a champion is crowned.

Some of the "main characters" in the film will be familiar to Outsports readers, including both Jim Buzinski and myself. Wade Davis also features prominently as the captain of the New York Warriors.

Information on upcoming festivals and where you can see the film is below. I'll be at the screening in Ft. Lauderdale - Hope to see you there! 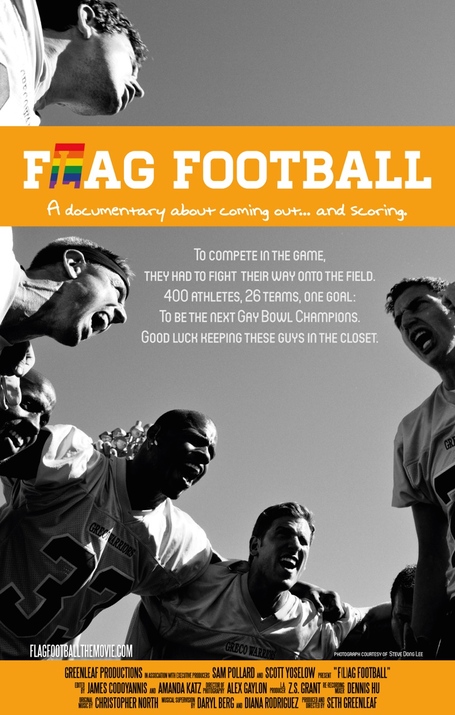 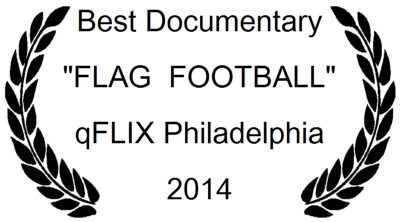