This West Virginia athlete came out to his team to stop the gay slurs. It worked.

Chad Walker heard gay slurs on the Potomac State College of West Virginia University cross-country team. But when he came out as gay, his team embraced him.

Share All sharing options for: This West Virginia athlete came out to his team to stop the gay slurs. It worked.

I have always loved to run. Even when I was very young I'd run wherever I could. Truth is, I've been very involved in sports since I was about seven years old, playing soccer and basketball, in addition to running and swimming, in high school. Also from an early age, many of athletes on sports teams I've been on have thrown around the words "gay", "faggot" and "queer" a lot, not knowing - not even really wondering - who may be on the team and who may be different from them.

When I joined the cross-country team here at Potomac State College of West Virginia University last fall, I found the same dynamic on the team. It was the first year the school had a cross-country team, and I was the captain. That was really special. Yet guys on the team would loosely throw around those words: "gay", "faggot", "queer". It was tough to hear.

Michael Martin, an all-state goalie, slow danced with the guy who gave him the courage to be himself. Inspired by Robbie Rogers, Martin now hopes to inspire others.

Alex Obendorf talks about being gay for the first time in discussing Tom Daley and Matthew Mitcham.

When going on team trips the guys would distance themselves from me. They had heard through the grapevine that I was gay, but I simply wasn't ready to tell them myself. I didn't realize they already knew and the language made me very afraid of their reactions. They just didn't seem to want to associate with me. I thought coming out to them would hurt my reputation and ruin the friendships that I had.

Even with that, I got to the point where I just couldn't lie anymore. Anything less than being totally truthful and forthright became, in my head, a lie. One by one I told my teammates. One by one they were totally accepting of me, some of them telling me that they loved me for being me. All they wanted was for me to be true to myself. It wasn't until I came out to them that I realized they really did care about me, and they didn't care that I was gay. 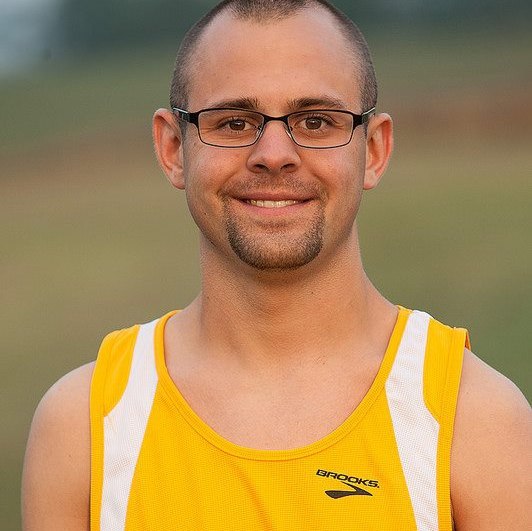 Being the captain of the cross-country team here at Potomac State College, I have found acceptance from not just my teammates, but the entire student body and community. I no longer have to worry what people think of me. I don't feel I need to put on an act anymore. My teammates now don't throw around those slurs like they used to. They no longer distance themselves like they used too.

I can certainly say I was afraid - and with the slurs I heard I had good reason to be. I've found that even on sports teams - and yes, even on sports teams in West Virginia - you don't have to be afraid of coming out, you can't assume your teammates will judge you. On the other side of coming out, there very well may be acceptance, love and friendship. It can bring you closer to your team than you ever thought possible.

You can reach Chad Walker via email at cwalke26@mix.wvu.edu. You can also connect with him on Facebook.