Gay wrestler at Don Bosco in Iowa wrote his dad & coach a letter. The response was great.

Cole Fox, a devout Catholic and a wrestler for Don Bosco High School, has been awarded a Matthew Shepard Scholarship. He wants to bridge the gaps between the Catholic Church and wrestling world & the LGBT community.

Share All sharing options for: Gay wrestler at Don Bosco in Iowa wrote his dad & coach a letter. The response was great.

Don Bosco Catholic High School is to Iowa high school wrestling what the New York Yankees are to Major League Baseball. In the last 20 years they have won eight state dual championships and were the runners-up four more times. In all they have 18 state wrestling titles.

So when a gay wrestler from Don Bosco Catholic High School, 45 minutes northwest of Cedar Rapids, decides to share his story with the world, it carries some weight. That's what Cole Fox is doing now that he has been named a Matthew Shepard Scholar in Iowa. The scholarship is given to LGBT students who demonstrate academic aptitude and community leadership. Cole intends to make good on his potential to affect change for LGBT people in Iowa, wrestling and the Catholic Church. Truth be told, he already is.

The graduating senior, headed to the University of Northern Iowa in the fall, has been a state tournament qualifier with his wrestling team the last two years as the team has finished second and fourth in the state respectively.

Over the last couple of years "rumors" have floated around the team and his school about Cole being gay. He always confirmed the rumors when asked, not wanting to be ashamed of who he was.

Mike Pucillo, who was a national champion and All-American wrestler at Ohio State, talks about wrestling with being gay and coming out to friends and family.

Evan Risk is a jr. high school track & cross-country coach in rural Iowa. When his friend talked about killing the queers at an Iowa basketball game, he knew he had to come out to him.

Yet it wasn't until last month that he decided to come out to his assistant wrestling coach... who also happens to be his father. Cole dreaded the reaction.

"He had always made homophobic comments," Cole said, "and I could tell that the comments even made my mom uncomfortable at times."

Last March he penned a letter to his father explaining that he's gay and that he was still the same good kid his dad had raised. Cole's letter was almost two pages, written out on blue-lined notebook paper. In part, it read:

"Any anger, humiliation, sadness, happiness or whatever you're feeling is completely valid. As far as I know, you have no ties to anyone LGBTQ. I just want you to know that it took me nearly 17 years to accept me. I'm going to give you time and space. You don't have to talk about it. You can bring it up as much as you wish. You can talk to mom or April. You can completely disregard this letter.

"I will still love you regardless of what you think or what you do."

It featured an incredible amount of understanding for a high school senior.

Cole stuck the note in his father's jacket before work one day last March - his dad was leaving for a three-day trip - and headed to school a nervous wreck. He anticipated the worst.

"That letter in his jacket pocket was like a ticking time bomb."

When a text message from Ray Fox popped up on Cole's phone during sixth period, he had to leave the classroom to read it. He stepped outside breathing hard, his heart racing. He pressed and swiped the phone in his hands.

"You are still a great son and I am proud of you."

Ray's only disappointment was that he had obviously created an atmosphere where Cole thought he might not be loved as a gay son as much as he would be as a straight son. In the days and weeks that would come, Ray would assure Cole that was not the case. 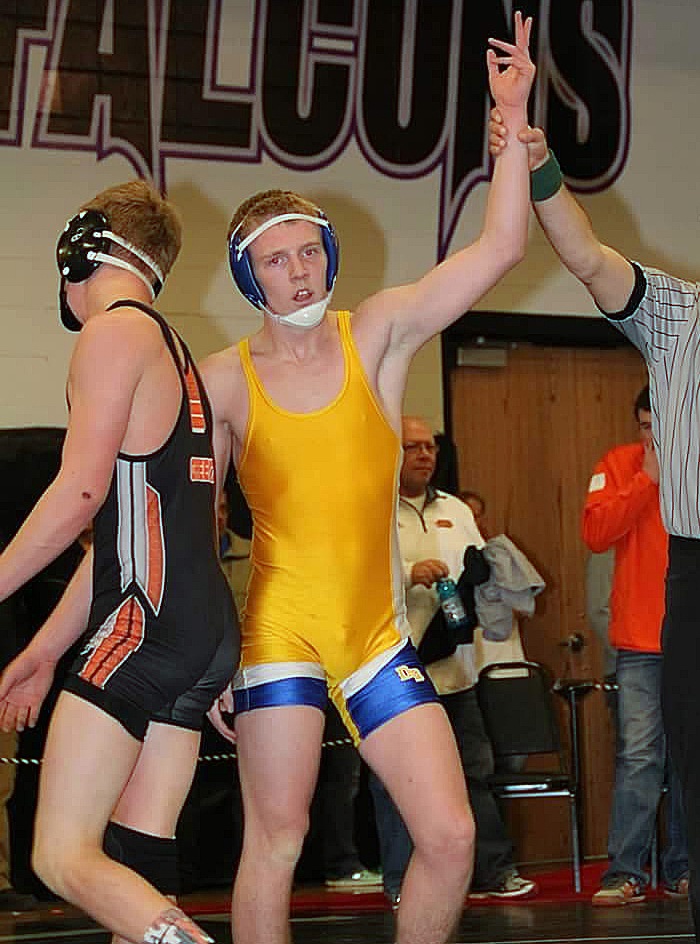 While his family and team have embraced Cole, the Matthew Shepard Scholarship offers all of Don Bosco High School the opportunity to demonstrate acceptance, a departure from a bygone era.

"A student from my school received the scholarship 10 years ago," Cole said, "and the feedback from the community 10 years ago was unacceptable. The school did not present the award and did not acknowledge the student's accomplishment. This is a chance for Don Bosco to show its progress over the last 10 years. The way my family and community have reacted so far is a great sign."

Soon he'll be leaving Don Bosco, and Cole wants to use his advocacy efforts to build two key bridges.

Most important to him is his hope of bringing together his beloved Catholic Church and the LGBT community. While he personally understands the decades of torment the Catholic Church has pushed on gay people, Cole sees hope in Pope Francis and a new direction for the Church. He says more and more Catholics are opening their hearts to LGBT people as a result. For years he bought into the damaging messages of some in the Catholic Church, but it was on a church retreat last July that he found Catholic Social Teaching.

"Catholic Social Teaching is the Church's teachings of human dignity. We believe that all humans are granted with God-given dignity and there is nothing that can shatter that dignity. It also has a lot to do with where Catholicism stands with social justice and charity in the world. Pope Francis has been very actively demonstrating Catholic Social Teaching and it is awesome."

He also sees the opportunity to open the hearts and minds of people in his sport. While only a small handful of high school and college wrestlers have ever come out publicly as gay, Cole knows there is more acceptance in the sport than many realize.

"We aren't all dumb wrestling jocks. We can be caring and joyful. I also think this is a good opportunity for athletes, and specifically wrestlers like me, who are in the same situation I was just a few years ago. I want to be that guy I needed when I was in middle school and early in high school. No one should feel excluded or different growing up, and all should be able to dedicate themselves to what they love and succeed."

At the end of the season Cole received the Coaches Award for his leadership and dedication to the team. He's headed to the Univ. of Northern Iowa this autumn. He's not yet sure if he'll try to wrestle there. Either way, he'll be working to bring increased acceptance to some of the historically darkest corners of our culture for LGBT people.