Brandon Davis left the Louisiana Tech football team in part because he felt he couldn't come out as gay there. Since coming out at Montana State, he has found a home in rugby.

Share All sharing options for: Montana State football and rugby player knew he was gay 'from the jump'

I always told myself I'd come out my freshman year of college. Playing Division I football put that on hold.

Growing up I thought being different was normal. I realized that I was attracted to guys in elementary school, but it wasn't until about eight grade taking sex education classes that I knew it for sure. Being involved with sports, I thought it would be best to keep that side of me hidden, only to avoid conflict with my teammates. Not that I cared about what they thought, I just thought it didn't need to be announced because it wasn't relevant to getting the job done for winning a game. While it may have avoided some kind of conflict, internally that did a number on me.

I was always really good at sports because I am, well, very fast. I started out as a sprinter, and every year in high school I broke a school record in at least one event. I ran the 100m dash, 200m dash, and all the sprint relays.

In high school I was introduced to the game of football. At first it took me a while to get the hang of it; I still remember not even knowing how to hold a football. The quarterback would just give me the ball and, because I was fast enough, I just ran to the edge of the field and cut up field and scored constantly using the same exact play.

By my junior year I had the game of football down. I developed enough skills that I got noticed by multiple college football and track coaches from some pretty big universities. My senior year I rushed for 1,900 yards, scored 28 touchdowns and was the offensive MVP of my 7 4a district in Dallas/Fort Worth. I was also an all-state running back in Texas.

That got me an invitation to play for Louisiana Tech.

One of the guys

Mason Darrow has been embraced by the Princeton football team since he told them he's gay.

One of the guys Tell your coming out story on Outsports

As a true freshman at Louisiana Tech I was given the shot to play along side two other great running backs - Tevin King and Kenneth Dixon. Being a true freshman playing in front of packed stadiums holding over 40,000 people was exhilarating. Yet something was eating at me.

In high school I told myself I'd come out my freshman year in college. I didn't want to let myself down. So after becoming really close to one of my teammates I felt we were close enough that he could be the first person I told. Before I told him I wanted to see how he would react, so I asked how he would feel having a gay teammate.

"Dude are you serious?" He said. "That's gross. I'd tell everyone on our team and make him want to quit."

I pushed the pause button on my commitment to come out.

After finishing my freshman year at Louisiana Tech, I just wasn't very happy there. The school was great, but I needed a new scene. So I got in touch with another coach at Montana State University in Bozeman, where I was offered a full ride scholarship to play football. This was like a dream come true, to be given another opportunity to play at another Division I school without the burden of paying for it myself.

Yet going to Montana State was, for a while, the most depressing time of my life. I never got the chance to finish out a full season because my knees started to give out on me, resulting in two ACL tears and surgeries. I was also depressed being in such a small town and hiding who I was. The depression got so bad that I was loosing weight and not taking my football workouts seriously. I resorted to pills.

The injuries and depression caused a halt to my athletic career. I just couldn't handle all the surgeries and stress, and my mind was just racing every day thinking about being a gay athlete. So between my sophomore and junior year in college, my coaches and I officially agreed that my career in football was finished.

There is no better feeling than knowing who you are and accepting it. It's like I was reborn.

The end to my football career was bittersweet, because I finally felt it was time to stop hiding who I was. I started talking to guys using online dating apps to possibly meet with others who identified themselves as gay. Once I even brought a guy around my teammates, but we were super discreet.

This same guy was the reason for my coming out. Being that I was new to the whole "gay scene," I fell pretty hard for this guy. Then out of no where, he cut me off on all forms of communication leaving me confused and scared as hell. I thought he was gathering information to out me in front of everybody to black mail me. I was the definition of paranoid at this point. This caused me to have consistent thoughts of suicide, and my GPA dropped drastically.

I went into such a depression that I ended up coming out to my sisters and academic advisor, or else I may have acted on my life-threatening thoughts. They took it extremely well, and I felt so comforted that I managed to somehow finish out that semester passing all of my classes.

The following summer, after finishing out my depressing semester I fully came out of the closet on social media. June 25, 2015 at 2:34 pm. This was the best day of my life. I was finally free of hiding behind the mask I put on for society. I was able to be me. Coming out as an African-American athlete was crazy. It spread like wildfire. I wanted everyone to know that I am who I am. Regardless if someone accepts me or not, I'll survive and find people who do accept me. 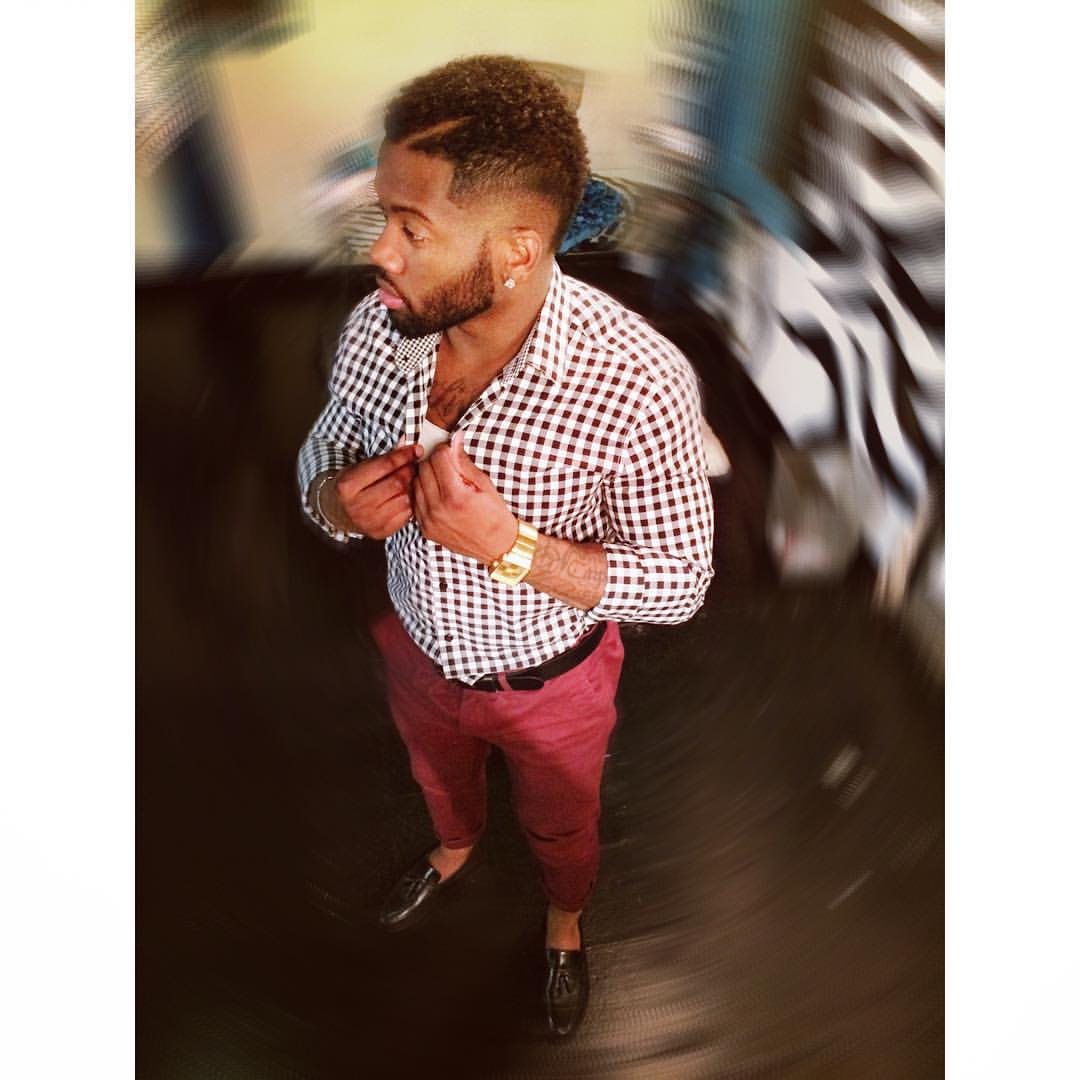 I was no longer living a lie and I will never go back in the closet for anyone. Being out is literally the best feeling in the world. There is no better feeling than knowing who you are and accepting it. It's like I was reborn, and since that day my life has drastically changed for the better.

With the confidence and time for my knees to heal, I couldn't accept the fact that I was done with sports. So instead I trained and joined the rugby team at Montana State. The best part about it is that my teammates know that I'm gay and have no problem with it. Some may not accept homosexuality, but that doesn't affect the relationship we have. My team understands that my path in life has nothing to do with theirs, and therefore my life shouldn't be the main focus of their worries.

I'm very thankful that my rugby team looks at me as a friend and teammate instead of the "gay guy". The people I thought would have the most hate towards me are actually the people who turned out to be my biggest supporters. My teammates now joke with me comfortably about "gay things" that they have questions about.

After coming out, I received way more support than I thought was possible. It was amazing. For the two weeks prior to coming out I had at least two people come out to me and ask for advice. It was very overwhelming knowing realizing how many others were going through the same situation I was.

There were a few people who abandoned me, but it didn't affect me one bit and still doesn't. My family handled it very well, eventually. My dad was furious.

"I feel like there has been a death in the family," he said. "Now I can't talk about you"

This was the worst thing that was possibly ever told to me by my dad. This resulted in us not speaking for almost a month. Though, with time we realized that as father and son we shouldn't worry about our disagreements and find things to connect on to help us build a stronger relationship.

My name is Brandon Davis, and I am a proud gay African-American athlete. Now I want to be there for other people like me. I understand the struggle of feeling alone and wanting acceptance. If I can help one individual at a time, that would be such a blessing for me. There's no better copy than the original, and there is no better feeling in the world waking up without having to put on a mask. Know who you are and be yourself, you only get one time to be alive so don't waste your years being a replica of what society wants you to be.

You can find Brandon Davis on Facebook and on Instagram @Bobby.Brando. You can also email him at bobby.brando1@gmail.com.