Stefan Palios faced ups and downs after coming out on the Yale track and field team. Now he's using his lessons learned there to educate corporations on diversity issues.

When I joined the Yale varsity track and field team as a shot put and discus thrower in 2010, I didn't "come out" to my team. I simply stopped denying the questions or rumors.

It was my freshman year, and I had just come out to some friends on campus; at Yale, the track and field team was very separate from social life and physically two miles away from campus. I lived in two worlds at Yale before I came out; my friends on campus, and my teammates on the field.

When I stopped denying the rumors, questions, and comments, my worlds started to mesh. Suddenly, friends on campus and teammates on the field knew the same things about me. I was brining my true self forward in every area of my life. Despite some trouble, it paved the path for some pretty amazing things.

Underneath it all, though, was someone struggling to come to terms with himself. I didn't fit in with some of the guys on the team, and there were occasional nasty comments. I'm proud to say that the coaching staff was very supportive, but they seemed so far away from the day-to-day life of being a student-athlete. I thought about quitting but decided that was a bad choice because I enjoyed the sport. It was weird being in this position after coming out, as I had always heard about these choices and questions happening prior to coming out.

What athletics taught me after months of feeling like crap and wondering why I didn't "fit in" was pretty powerful and has guided my life ever since: it didn't matter if other people loved or hated me. If I didn't love myself and own my identity in a confident way then I would never be truly accepted in any social circles.

Track and field was the perfect metaphor for understanding myself. In each track and field event, you need someone who is physically completely different, enjoys doing vastly different activities, and has an entirely different mindset. Without those differences, the team cannot function.

Eventually, I began to really own my sexuality and my identity. I brought one of the first guys I dated to a track party. I wore tacky rainbow things whenever possible (the track team liked having theme parties, and my personal theme just became rainbow). I made no qualms about being gay and even got involved in some LGBT activism on campus (I organized events and acted as co-president of Athletes and Allies, Yale's LGBT athlete group).

Coming out was personal, but track and field was the perfect metaphor for understanding myself. In each track and field event, you need someone who is physically completely different, enjoys doing vastly different activities, and has an entirely different mindset. Without those differences, the team cannot function. What gets the 10k runner up for "long runs" is different from what gets me out of bed for morning lift.

Extending that to my sexuality and my identity, I learned that my difference is something to leverage for success and personal fulfillment, not something to be hidden away. Just as I would fail miserably as a 10k runner because I do not have the right driving force or passions in life, being gay, for me, became about understanding how I can fit best instead of trying to force myself to fit.

Being an athlete taught me a lesson about being gay that I will never forget; it's about fitting into a team environment, but you get to choose how you fit in that environment, just like picking an event in track and field. Either way, it hinges on every person confidently knowing who they are and sharing it with others. We don't know everything about every other event, so we cannot expect others to know everything about our events. No matter your circumstances or personality, being included is an area in which you have a lot of choice.

Fast forward to senior winter, my doctor told me my injuries had piled up and it was time to stop throwing. Permanently. I had the team and my athletic career ripped from under me as I was about to enter my last semester as an athlete and a student. Since it was so close to competition time, there was no way to integrate me as an "assistant coach", so I left the team and never got the chance to go back.

I had four months left of undergrad, and my social world had been torn away. Throughout my time at Yale I would constantly end up at the Track House on weekends or be away at meets. A lot of my other friends from freshman year had developed their own social lives and interests, which took them away from campus or had them working for hours each evening. We had, during our time there, drifted apart a bit. 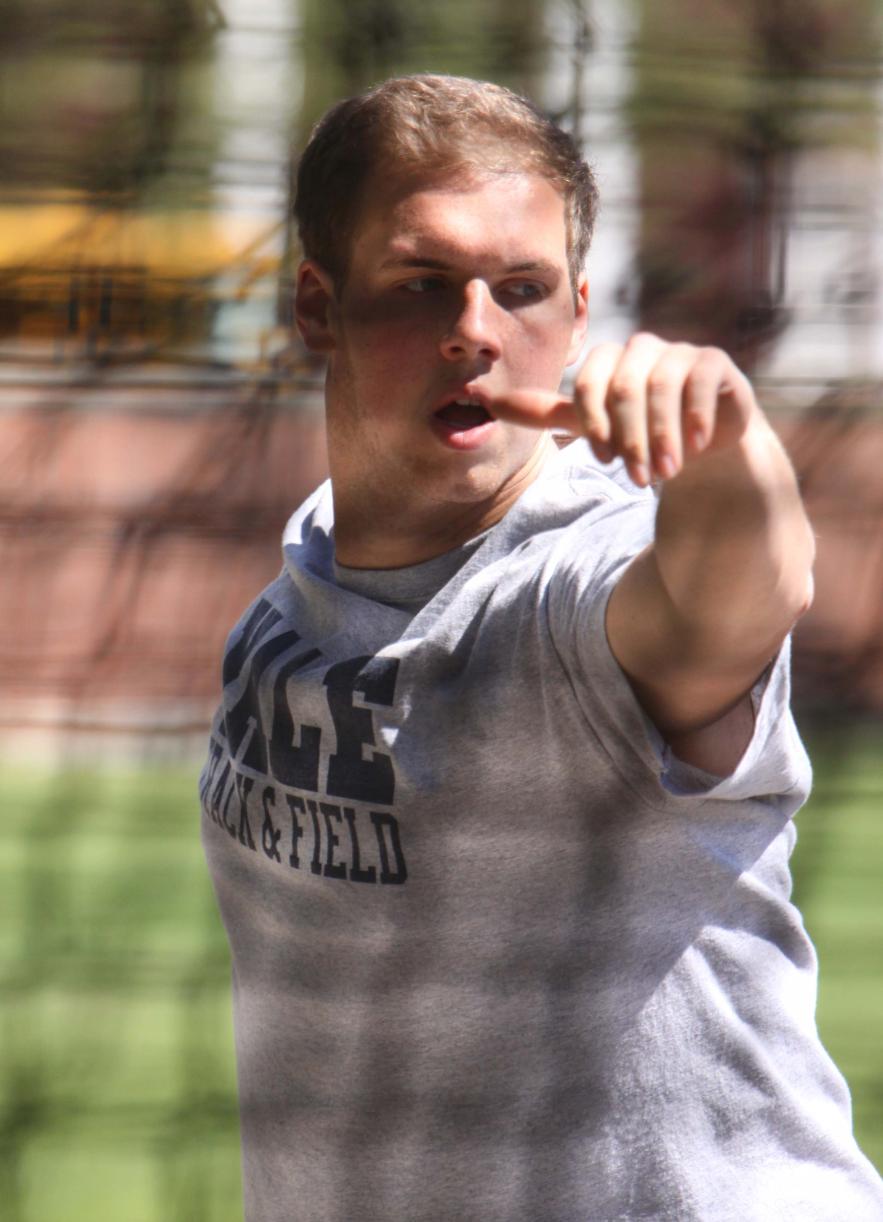 Suddenly, I was lost. But the lesson track and field taught me about being myself and owning my identity still stuck: Being included in things is an area that you have a lot of control over.

I took that lesson with me in those final months at Yale. I reconnected with old friends and made a few new ones, unattached to any social group but feeling more included than I ever had.

After graduation I moved to Toronto and began the next chapter in life: being a young professional in a big city. I chose to involved myself in the LGBT-activist space. I even founded my own diversity recruiting and consulting company, called Ziversity, as I hope to share the lessons that I learned through Yale track and field with the corporate world.

I didn't have the perfect coming out. I didn't sit my team down, tell them, and then group hug. I was affirmed by some and torn down by others. Coming out can be bumpy. There are still instances where I have to "come out" to people who are curious why I live near Toronto's "gay village."

Stefan Palios graduated from Yale University in 2014 and currently lives in Toronto. You can reach him on Facebook, and on Twitter @stefanpalios. You can also email him at stefan.palios@gmail.com.