Kevin Ramsell worked in and around NASCAR for years. After ignoring the stigmas and coming out as gay, he realized the incredible impact of coming out in the sport.

Share All sharing options for: This gay man from NASCAR explains why coming out is paramount to obtaining equality

On a recent episode of HBO's Real Sports with Bryant Gumbel, they filed a story on Golden State Warriors President Rick Welts. This was followed up by Coach Steve Kerr's comment that more gay athletes need to come out to see a change.

I grew up going to a Lutheran grade school and high school, where I was surrounded by a stigma that gay people are to be shamed rather than applauded. The thought of being gay never crossed my mind. In my 20s, I got involved in auto racing from working with a race team all the way up to working for a sanctioning body, then for a news/public relations Web site.

Throughout that process I realized that I wasn't like the other guys.  I couldn't get involved in conversations about women because I honestly had no interest.  It was then I started my journey to coming out. At the time I assumed being gay in the auto racing world would have more of a negative impact on my life.  So I kept it quiet, just like Rick Welts did with much of his career in the NBA.

Over time, as I became more comfortable with who I am, I slowly shared this personal side with my family, friends and ones I trusted in auto racing. I quickly learned that in racing I wasn't alone as I met peers and also learned about others who work on NASCAR teams who are gay. It gave me a sense of relief that I can just be me.

NASCAR is 'disappointed' in Indiana

NASCAR affirms its commitment to diversity and stands opposed to the new anti-LGBT legislation passed in Indiana.

Despite the sport's stere0type, Pattison fits in just fine.

We have all heard the same arguments about disgusting sex not being allowed in the Bible, going back to a Sodom & Gomorrah society, etc.... There is also this stigma that all gay men should be feminine, the way they talk and dress, and lesbians should have haircuts like guys, act more masculine. When people like Welts, Michael Sam, Apple's Tim Cook, Abby Wambach, and many others come out, it does have a positive impact on the stereotypes and stigma.

Want proof that this works? Ask the citizens of Minnesota, who in 2013, said no to a one man, one woman marriage amendment. One thing they did was organize town-hall-style meetings where citizens had a "get to know us" sessions with members of the LBGT community.

"Attitudes toward lesbian, gay and bisexual people have steadily become more favorable over the last couple of decades" and are having a long-term effect, M.V. Lee Badgett, an expert on same-sex marriage policy issues, professor of economics and director of the Center for Public Policy and Administration at the University of Massachusetts-Amherst, told UPI's Nicole Debevec in 2013. "One reason is that more and more LGB people are open about their sexual orientation, giving heterosexual people a chance to get to know LGB people and learn about their lives."

Websites like Outsports.com are basically doing the same thing, where they are allowing athletes and those involved in the sports community to share their stories with us. The results are showing that these stories are working and having a positive impact. When you read any of the stories, many will cite how a story they read on Outsports helped them be themselves. 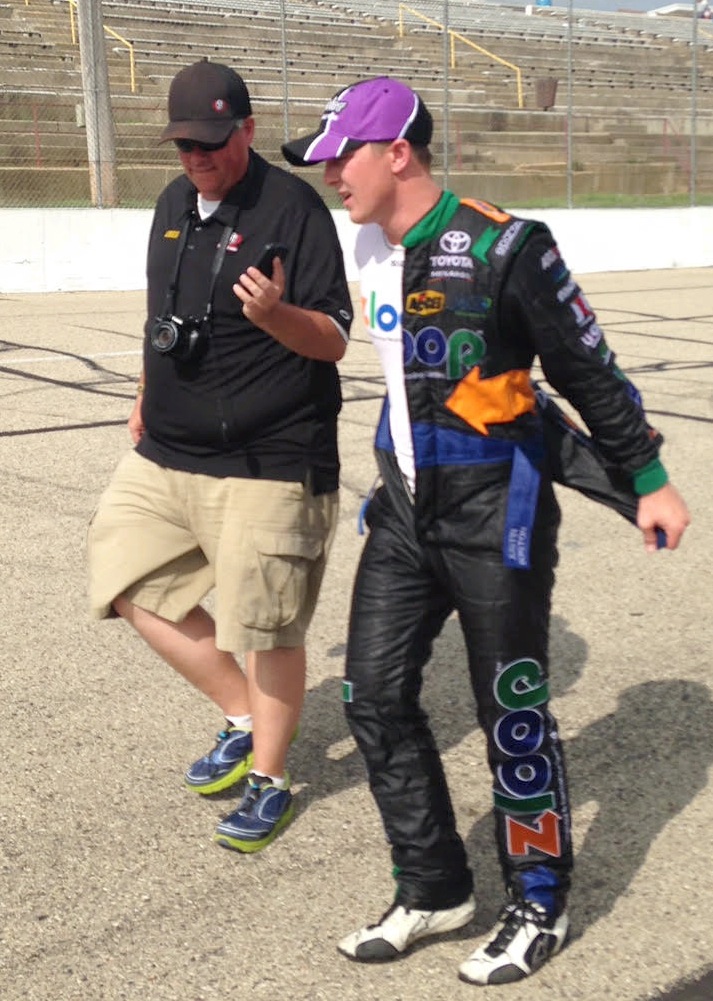 Things are getting better, but we all wish it was at a faster pace. We wish people running for political office wouldn't use opposition to LBGT equality to try to get votes. In fact, I wish politicians would actually take an opportunity to talk to me or others and get to know us. In fact, I would like to invite Speaker Paul Ryan, who lives about a half hour from where I live, to meet me and get to know me, hear my story.

Coming out is not easy. First there is the confusion as to why you are thinking differently from friends and family, why you can't relate to conversations about the opposite sex when it comes to dating and romance. Then discovering yourself for who you really are and your purpose in life. The final part is finding a great support group of family and friends to be by your side in this incredible life journey.

This isn't a "choice," this is who we are. The LBGT community is exactly the same as what the United States of America: a melting pot of culture and ethnicities from around the world.

Get to know us. Get to know what kind of people we are in this world. Stop the stigma that we are all a bunch of sinners and confused about life that that some conversion therapy will solve.

As much as you want to try, more and more LGBT people are being their true selves. More and more are coming out each day. We are all valuable equal members of society making a positive impact in this world today.

You can find Kevin Ramsell on his blog, on Facebook, or via email at racingpr@me.com.