The Jozi Cats of South Africa will undoubtedly garner some attention with their bold new campaign.

The very first rugby team dedicated specifically to the LGBT community has finally arrived on the continent of Africa. The Jozi Cats have set up shop in Johannesburg, South Africa, where they hope to build a team to take onto the national stage at events like the Bingham Cup. 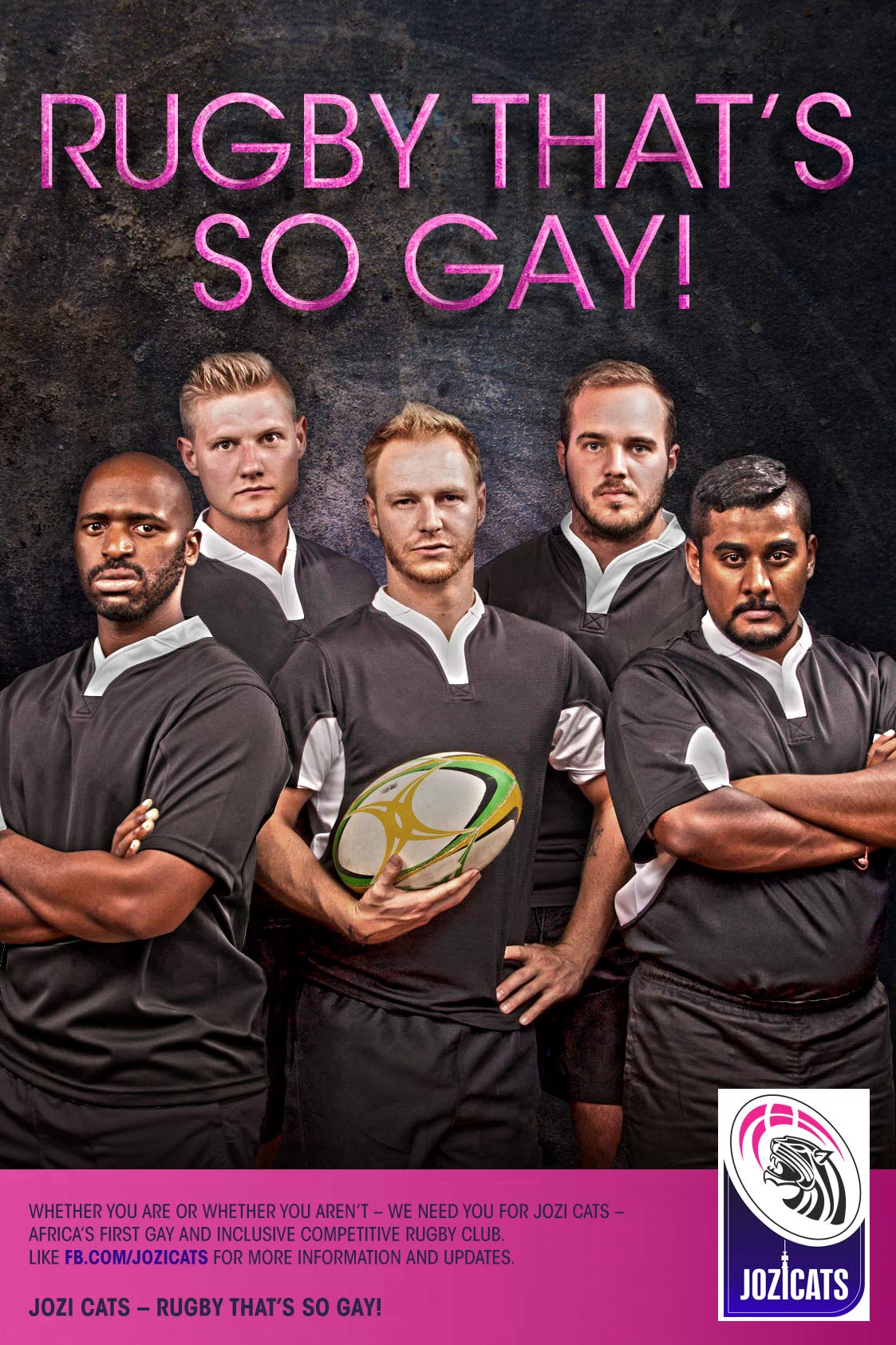 "The truth of the matter is that many of our players don't feel like they can be openly gay and be a rugby player in South Africa," said Jozi Cats chairman Teveshan Kuni. "So we started Jozi Cats as a space where they could be both. The club is somewhere that players can play social and competitive rugby in a safe and non-judgemental environment."

The group has also created quite a marketing campaign, using some of the slurs and other homophobic terms used against gay men in South Africa, turning them upside down and owning them. It's sure to turn some heads and drive attention to the burgeoning team.

We at Outsports wish the team all the luck in the world! What we've found in starting different LGBT sports teams and leagues: It's all about meeting people and making new friends. If you focus the team on those things -- in addition to playing some badass rugby -- your team has a bright future.

You can find the Jozi Cats on Facebook or at their team Web site.

You can also check out this behind-the-scenes video of the creation of their bold new campaign: