The gay rugby tournament is held in the South for the first time.

Share All sharing options for: Bingham Cup 8 starts in Nashville next week

The Bingham Cup gay rugby world championships, held every two years, holds its eighth tournament next week in Nashville, making a foray into the American South.

The Tennessee Suicide Prevention Network is the designated charity for the event and it will be hosting anti-bullying and suicide prevention classes. USA Rugby is also involved and will also be hosting clinics for players, coaches and officials.

The Bingham Cup was started to honor Mark Bingham, a passenger who died on Flight 93 that crashed in western Pennsylvania during the Sept. 11, 2001, terrorist attacks. Bingham, a Cal rugby player and openly gay, was among those who rushed the cockpit after hijackers took control. Cyd and I knew Mark and it is wonderful that his memory lives on with this tournament.

Holding it in the South is a statement in a time when anti-LGBT laws are springing up all over the region. Last month, Tennessee Gov. Bill Haslem signed a bill that allows therapists and counselors to refuse to treat LGBT clients.

Here is the press release from the Bingham Cup on this year's event:

On Memorial Day weekend, the Nashville Grizzlies will welcome 1,300 rugby players and supporters from 42 teams and 11 countries to Music City to compete for the Bingham Cup, the world championship of gay and inclusive rugby.

The 8th Mark Kendall Bingham Memorial Tournament is named after Mark Bingham, a gay Rugby player who died on United Flight 93 on Sept. 11, 2001. Mark played for UC Berkeley and the San Francisco Fog RFC, one of the founding members of International Gay Rugby and was instrumental in helping the Fog in their early years. He was also involved in the founding of the Gotham Knights RFC, the gay and inclusive team in New York City. at the time of his death.

The tournament is awarded to host teams by International Gay Rugby (IGR). Chartered in 2000, IGR was founded to promote equality and diversity, particularly through the elimination of discrimination on the grounds of sexual orientation or identification. Through events like the Bingham Cup and policy work with World Rugby, USA Rugby and other national unions, IGR actively looks to fight homophobia and homophobic behavior on and off the pitch. Since then, IGR has negotiated agreements with World Rugby and with multiple national unions to address homophobia at all levels of the game and to provide logistical support to clubs and events in their local areas.

"This is an exciting time for our IGR athletes, coaches, referees and supporters.  We are delighted to bring the Bingham Cup Tournament back to the USA for the first time in six years and look forward to the largest and best gay and inclusive rugby tournament ever presented. Both Nashville and the campus environment of Vanderbilt University provide our participants with an open and accepting environment, with many sights and attractions off the pitch," said Jeff Wilson, Chairman, International Gay Rugby (IGR)

This is the first year that the tournament has been held in the Mid-South and it represents a major international event for the city — 6,000 hotel and dorm nights have been booked by out of town guests and official events will take players to bars and restaurants across Nashville.

"The inclusive and welcoming values that the International Gay Rugby represents is exactly the type of atmosphere we have worked so hard to create — and will continue to defend — here in Nashville, with a thriving LGBTQ+ community that strengthens the fabric of our city," said Mayor Megan Barry. 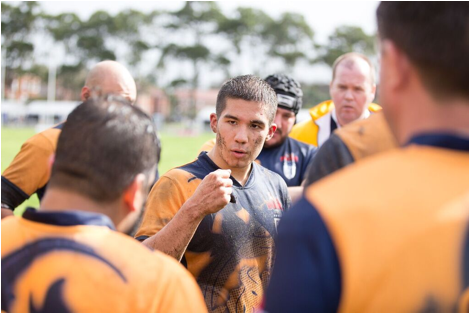 Tournament events kick off on May 22, when players start arriving at Vanderbilt University. Training sessions, team practices and social events are scheduled throughout the week until the opening ceremony on Thursday, May 26. Games will be held at Ted Rhodes Park from May 27 to May 29 and the closing ceremony is scheduled for that evening. Tickets are available on Eventbrite and will not be sold at the gate.

The tournament's charity of choice, Tennessee Suicide Prevention Network (TSPN), will be hosting anti-bullying and suicide prevention classes for all interested players and supporters. USA Rugby will also be hosting clinics for players, coaches and officials.

"For various reasons, LGBTQ+ people are more susceptible to suicide. They are subject to stressors such as bullying, discrimination, being closeted, and a lack of support from family and friends. Also, they often have less access to mental health resources," says Scott Ridgway, TSPN's Executive Director. "As the Charity of Choice, TSPN will have the opportunity to offer suicide prevention training to players and guests ahead of the tournament, helping to spread the message of suicide prevention across the U.S. and around the world."

"This year's tournament marks the return of the Bingham Cup to the United States and its first ever trip to the South. We hope you will enjoy some southern food, plenty of live music and revel in the Rugby brotherhood with over 1,200 players from around the globe," says Bingham Cup Organizing Committee Chairman, Jon Glassmeyer.